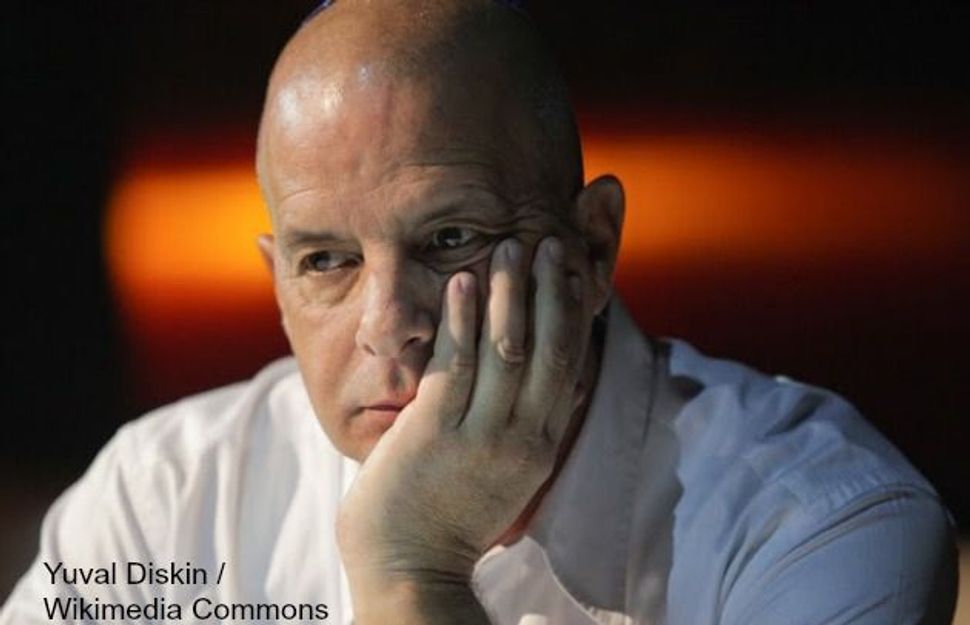 The former head of Israel’s Shin Bet posted a lengthy missive on Facebook criticizing the government’s handling of Jewish terrorists.

Yuval Diskin, who oversaw the security service from 2005 to 2011, wrote in Hebrew Friday that in the West Bank, far-right Jewish extremist ideology is not a fringe phenomenon limited to “dozens of delusional youth” but is instead “setting the tone within religious Zionism.”

A “de facto State of Judea is being formed” in the West Bank, he argued, where “law enforcement is shockingly weak toward Jews” and “anarchistic, anti-state, violent, and racist ideologies are forming … and they are treated tolerantly by the Israeli legal and judicial system.”

He contended that in the West Bank “there are many hundreds of youths supporting messianic and/or anarchistic, anti-state ideologies,” including “dozens who daily adopt different levels of violence or terrorism against Palestinian lives and property” and “dozens who would be willing to unhesitatingly take part in violence and terrorism against their Jewish brothers when they see the value of ‘sacred land’ as being put to the test.”

The phenomenon is not new either, he wrote: “Even when I was head of the Shin Bet, I appeared at different mechinot (pre-military educational programs) in [the West Bank] and openly said that I thought Jewish terrorism was a cancer on the body of the nation.”

He also noted that employees in the Shin Bet’s Jewish division, “particularly those among them who wear kippas and lived in settlements, have been the target of harassment, boycotts, and denunciation by radical right-wing activists.”

Theorizing as to why the Israeli government has not taken stronger measures against Jewish extremists, Diskin wrote that it prefers to deal with other security threats, and “it is also not politically beneficial when we have a government based on right-wing parties, and has a right-wing political lobby as well as a rabbinical lobby, which immediately rallies around those who were jailed or detained, and makes enormous efforts to free them.”