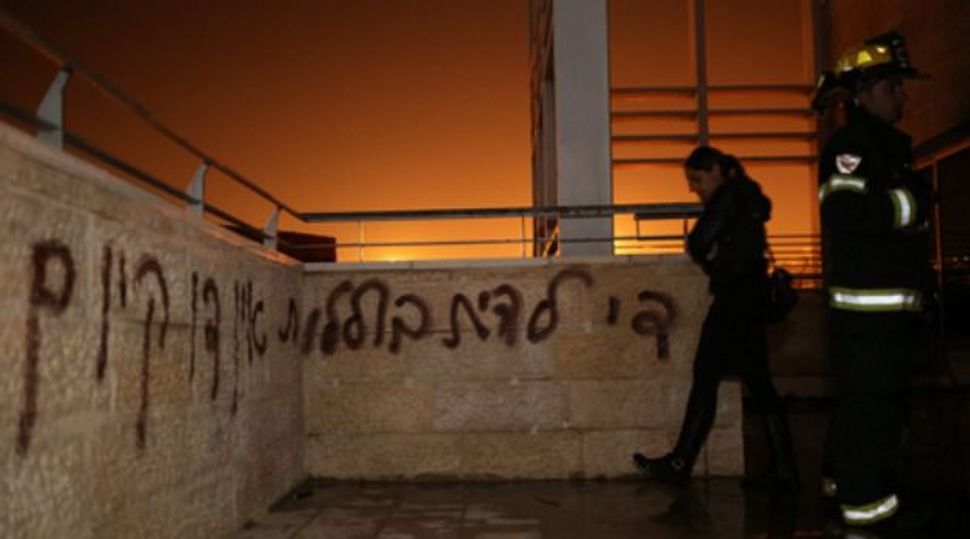 Firefighters examine damage at a Jerusalem school torched by arsonists. Image by haaretz

The Waze listing for an Arab-Jewish school in Jerusalem was changed to a threat.

The navigation app owned by Google removed the words Sunday after it was brought to the company’s attention, Reuters reported.

The principal of the Max Rayne Hand in Hand Jerusalem School, Nadia Kinani, told Reuters that she has been in touch with police and will file a complaint.

The school, a joint Arab-Jewish bilingual school, has been attacked twice in the last year, with an arson attack in November, and with spray painted swastikas and anti-Arab graffiti on its walls on the last day of school in June. Two right-wing Jewish extremists were convicted and jailed in the arson attack.

The words “The Bilingual School – May Their Names be Erased,” was added in Hebrew to the school’s designation on the Waze map. The addition was made by a user, who has now been banned from making changes to destinations on the map, Reuters reported, citing a source at the company.