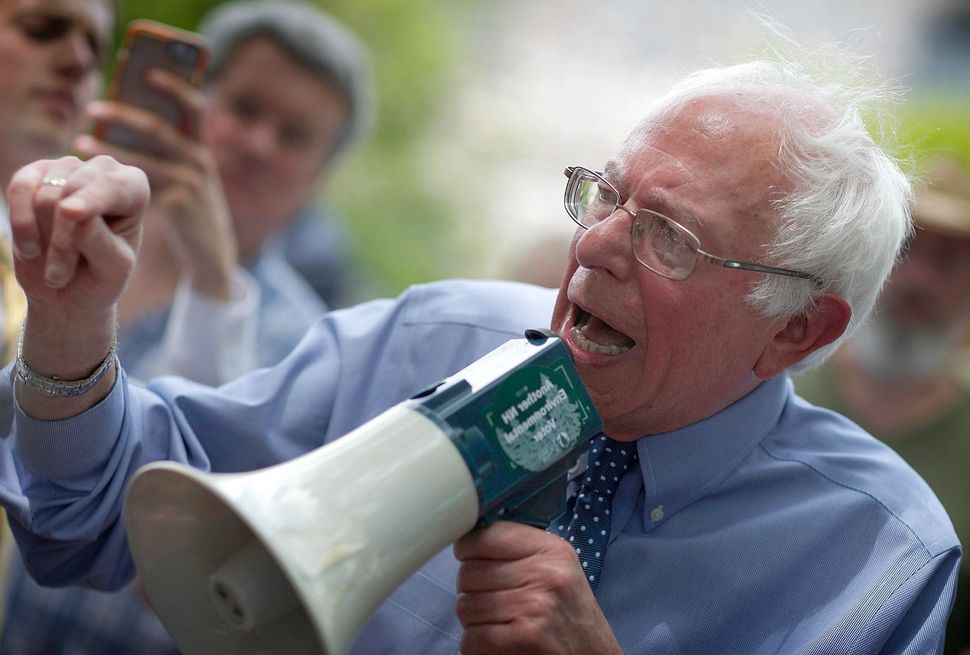 Sanders, an independent senator from Vermont, offered his backing in a statement Friday following a telephone conversation with President Barack Obama, who addressed some of his concerns, Sanders said.

He talked about his decision during an interview aired Sunday morning on the CBS News program “Face the Nation.”

“It’s so easy to be critical of an agreement which is not perfect,” Sanders said during the interview with host John Dickerson. “But the United States has to negotiate with, you know, other countries. We have to negotiate with Iran. And the alternative of not reaching an agreement, you know what it is? It’s war. Do we really want another war, a war with Iran?

“So I think we go as far as we possibly can in trying to give peace a chance, if you like. Trying to see if this agreement will work. And I will support it.”

Sanders’ announcement came a day after U.S. Sen. Charles Schumer, D-N.Y., who is poised to become his party’s leader in the Senate in 2017, and New York Rep. Eliot Engel, the top Democrat in the U.S. House of Representatives, announced that they would oppose the deal. Both lawmakers are Jewish. Schumer was seen as a key vote on the deal reached last month between Iran and six world powers led by the United States.

In his statement, Sanders said, “The test of a great nation is not how many wars it can engage in, but how it can resolve international conflicts in a peaceful manner.

“The United States must do everything it can to make certain that Iran does not get a nuclear weapon, that Israel is not threatened by a nuclear Iran and that a nuclear arms race in the region is avoided,” he said. “President Obama and Secretary Kerry have worked through a very difficult process with the United Kingdom, France, Germany, China, Russia and Iran. This agreement is obviously not all that many of us would have liked but it beats the alternative – a war with Iran that could go on for years.”

Hillary Rodham Clinton, the Democratic front-runner in the 2016 race, also has endorsed the Iran agreement.