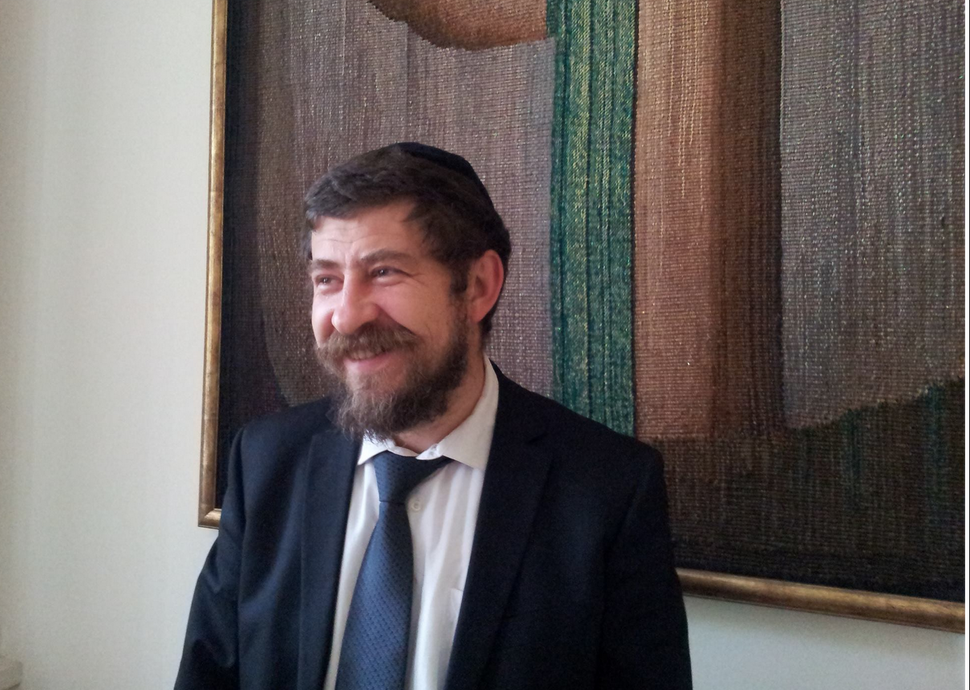 The chief rabbi of Lithuania said he is considering splitting the community over a disagreement with its lay leader about plans for construction atop what used to be a Jewish cemetery.

Chaim Burshtein said last week that he may leave the Jewish Community of Lithuania as early as this month and set up a new body, which he said may be called the Committee for Jewish Renewal in Lithuania.

“Come the holidays, I may not be chief rabbi anymore,” said Burshtein, who earlier last week said that an official had threatened to deport him. The threat was over Burshtein’s objection to the planned construction of a conference center atop a dilapidated Soviet-era building that was built on the Snipiskes cemetery, the country’s oldest, he said.

Lithuania’s interior ministry denied that Burshtein had been threatened with deportation as did the community’s president, Faina Kukliansky.

Burshtein implied that Kukliansky agreed to the plan to please officials.

In a statement published Tuesday on the website defendinghistory.com, Burshtein lamented that the sages buried at the cemetery never imagined their bones’ fate would depend on a “head of a Vilna Jewish community whose heart would be filled with the desire to serve the authorities and find honor in their eyes.”

In February, Burshtein accused Kukliansky of authoritarianism in running the community, though she denied it and said the community may fire him.

On the topic of the cemetery, Kukliansky told JTA the planned construction would not affect areas where Jewish bodies are buried. “It is a very massive building. It was dug very deep into the ground. Therefore there can’t be remains there,” she said.