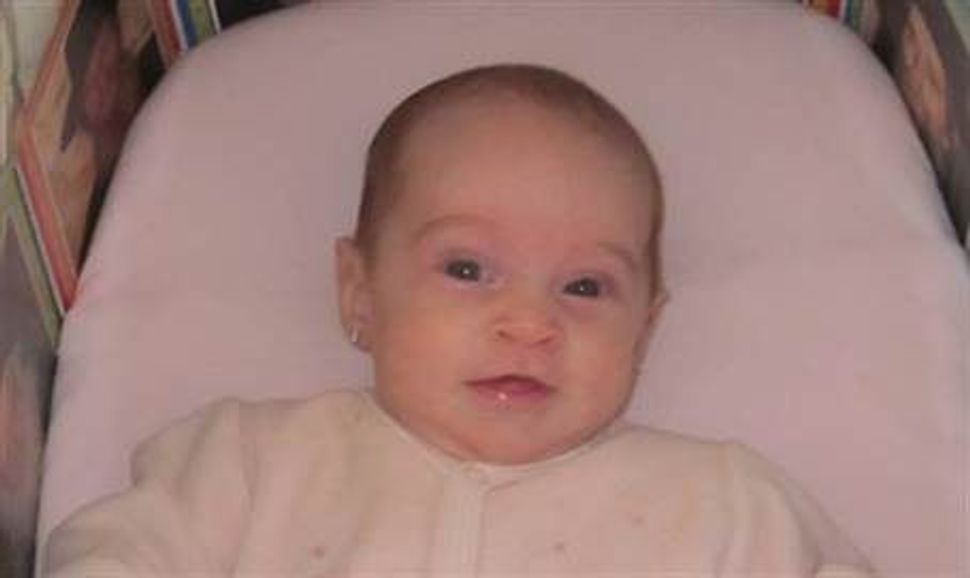 The parents of a baby girl killed in a car-car ramming attack at a Jerusalem light rail station have given birth to a second baby girl.

Chaya Zissel Braun, three months old, was returning from a visit to the Western Wall with her parents in October, when the car driven by a former Palestinian prisoner from the eastern Jerusalem neighborhood of Silwan drove purposely into the Ammunition Hill station in northern Jerusalem. The baby was thrown from her stroller and later died at the Hadassah hospital on Mount Scopus of her wounds.

Chaya Zissel was born after her parents had tried for years to conceive with no success, the baby’s grandfather told reporters at the time.

The couple’s second child was born Sunday night, and was delivered in their Jerusalem home, since the labor had progressed too far to go to the hospital, the Times of Israel reported late on Monday.

The baby was delivered by Israeli-Arab paramedic Ziad Dawiyat, the same paramedic who had cared for Chaya Zissel and took her to the hospital after the attack.

“I didn’t know what to do or say — to wish them congratulations or give them my condolences,” Dawiyat told the Times of Israel. “I was very moved so I just wished them a ‘mazal tov’ and a long and peaceful life.”

He said that he and the family plan to keep in touch.