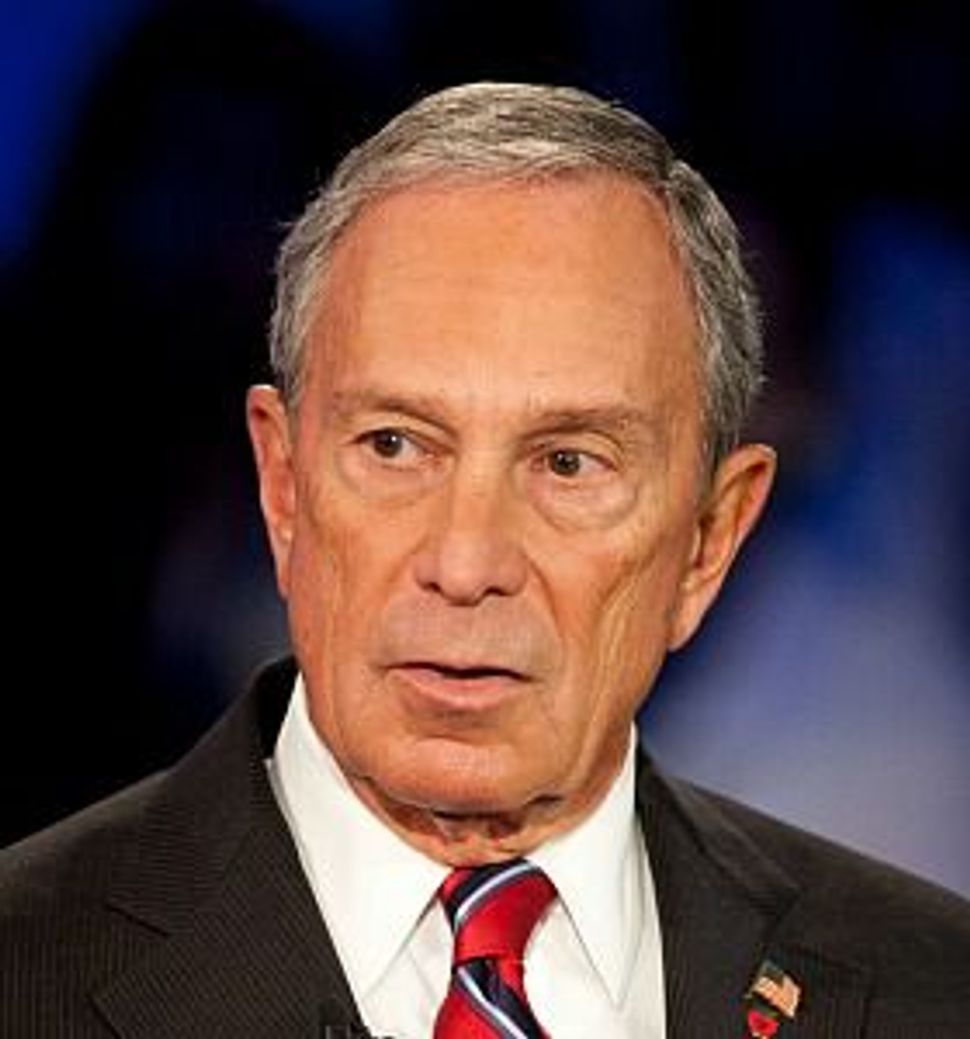 “Overstating the case for the agreement belies the gravity of the issue and does more to breed distrust than win support,” the former New York mayor, now reinstalled at the helm of his media empire, said Tuesday in a Bloomberg column.

Obama in an interview with NPR on Tuesday said the deal was the best guarantee of keeping Iran from obtaining a nuclear weapon.

“The notion that somehow we are going to be safer by rejecting a deal that prevents Iran from getting a nuclear weapon and instead leave — leaves Iran the option of installing more and more advanced centrifuges, shrinking their breakout time, that that somehow is going to make our neighbors more secure, I think is kind of a — well, it doesn’t make any sense,” he said.

Congress has until mid-to-late September to consider whether or not to reject the deal. Most Republicans are pledged to derail the deal, so the focus is on Democrats, especially the Jewish lawmakers among them.

On Monday, Sen. Brian Schatz, D-Hawaii, became the 10th of 27 Jewish Democrats in Congress to back the deal.

“Iran must never be allowed to have a nuclear weapon, and that is why I support this agreement,” he said in a statement. “It is what is best for the United States, Israel, and peace in the region.

Another six Jewish Democrats have declared against the deal, chief among them Sen. Charles Schumer, D-N.Y., in line for his party’s leadership in the Senate.

Israeli Prime Minister Benjamin Netanyahu, who has led opposition to the deal, told 22 Democrats touring Israel that he would not tell them how to vote.

“He didn’t tell them to vote one way or another,” Rep. Steny Hoyer, D-Md., the minority whip in the U.S. House of Representatives whip who is leading the tour of 21 freshmen, told Haaretz, describing the meeting Sunday. “But it was clear he hopes they will vote against the agreement because it is a bad deal that will allow Iran to have a path to a nuclear bomb in 13 years.”

Among mainstream U.S. Jewish organizations, B’nai B’rith International on Monday joined AIPAC and the American Jewish Committee in opposing the deal. In a statement, B’nai B’rith said the deal “requires an unprecedented suspension of disbelief that Iran has only peaceful intentions for its nuclear program. Given its decades of dissembling, it is infeasible to conclude that Tehran will honor its obligations under this agreement.”

Also Monday, Gary Samore stepped down as president of United Against a Nuclear Iran, a group opposed to the deal. Samore, who had served as an arms control coordinator for Obama, had been a skeptic of the deal, but ultimately decided he favored it. He remains on UANI’s advisory board, although his resignation robs deal opponents of the argument that a former Obama official stood against it.

Replacing Samore will be Joe Lieberman, a former Connecticut senator and longtime Democrat who in his final six-year term was an independent who caucused as a Democrat.