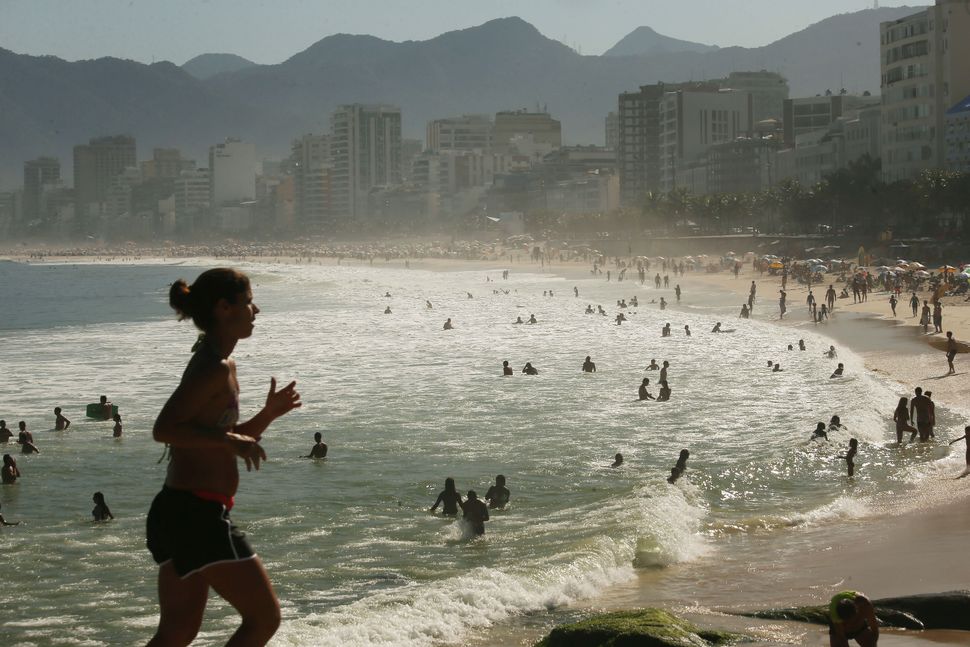 An Orthodox synagogue was opened officially a few blocks from the iconic Ipanema Beach in Brazil.

Some 1,200 people attended Sunday’s inauguration of the four-story, 440-seat synagogue in Rio de Janeiro named for Edmond Safra, the late Brazilian Jewish billionaire and philanthropist whose foundation funded much of the project.

The 20,000-square foot building, which replaces a much smaller synagogue, took some 25 years to be established. White stones for the building’s facade were shipped from Jerusalem.

The smaller shul, Agudat Israel, was built in the 1970s on the rear of another building. The congregation of some 1,000 families is made up mostly of Sephardic families originally from Syria and Lebanon.

The new complex includes mikvahs, a social hall, classrooms, a beit midrash and a recreation area, according to Shirley Nigri Farber, editor and publisher of the Shalom Magazine.

Last year, Ipanema, an upscale neighborhood that is home to many affluent Jews, and the adjacent coastal neighborhood of Copacabana received a new eruv, a demarcation of an area that permits observant Jews to carry objects on Shabbat.