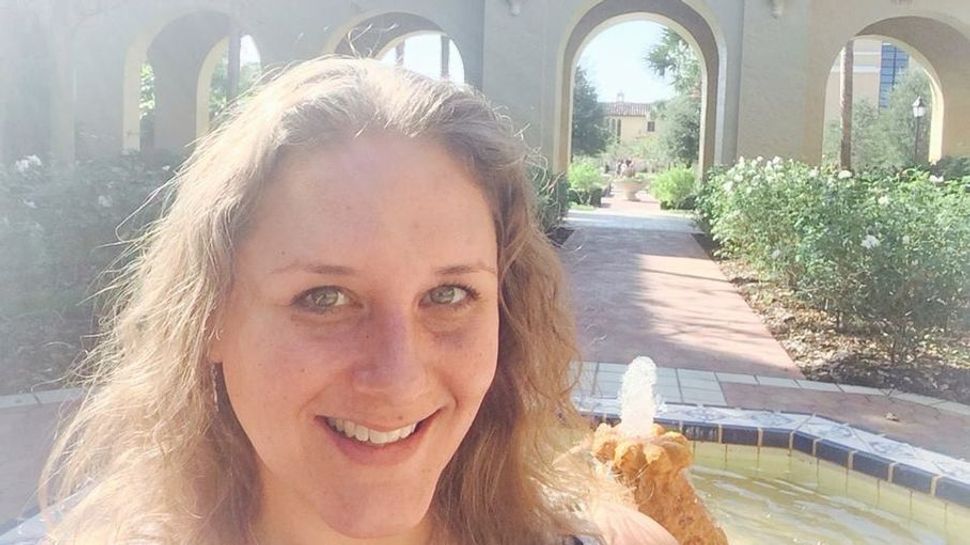 A Jewish woman lost her arm to a severe alligator bite while she was swimming alone in a Florida river.

Rachael Lilienthal, 37, of Orlando, was attacked by an alligator in the Wekiva River in central Florida on Saturday afternoon. According to media reports, Lilienthal was repeatedly pulled underwater and bitten by the alligator. Kayakers rescued her by fighting off the alligator, which was nearly 9 feet long, with their paddles.

Lilienthal, who is a Spanish lecturer at Rollins College, also was bitten on her back and abdomen.

Chabad of O’Town, an Orlando congregation, held a prayer service for Lilienthal on Sunday and called on its members to pray for her after she underwent surgery, according to London’s Jewish Chronicle.