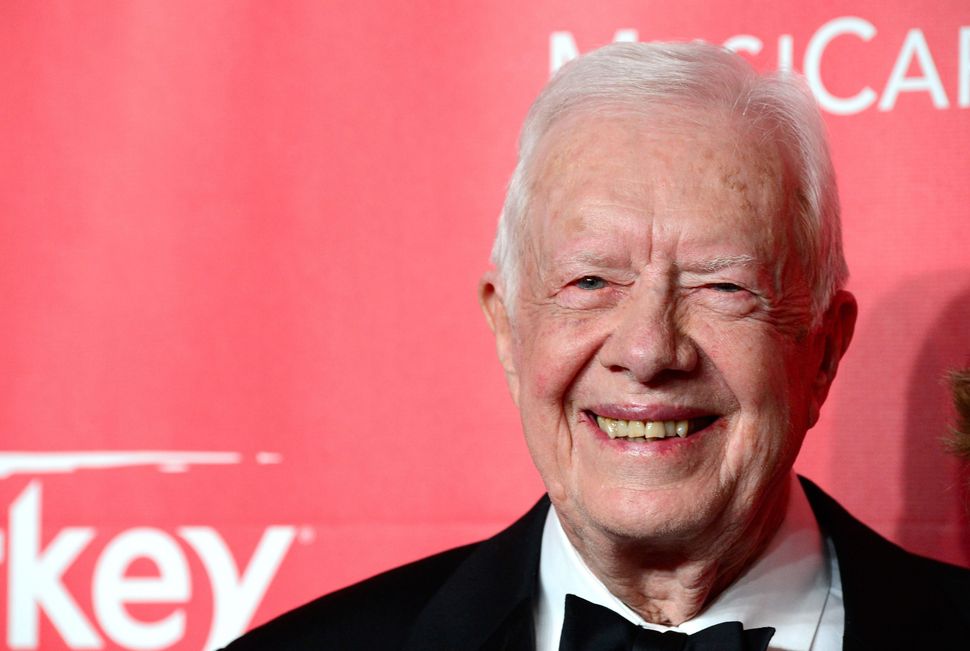 Former President Jimmy Carter believes there is “zero chance” for a two-state solution to the Israeli-Palestinian conflict and places the blame on Israeli Prime Minister Benjamin Netanyahu.

“These are the worst prospects for peace between Israel and the Palestinians for years,” Carter said in an interview with Prospect magazine published Thursday and first cited in the Times of Israel.

The one-term Democrat, who brokered the historic Egypt-Israel peace accords at Camp David in 1978, added that Netanyahu “does not now and has never sincerely believed in a two-state solution for Israel and Palestine,” the stated goal of a series of negotiations, most recently ones led by Secretary of State John Kerry that ended unsuccessfully last year.

Carter’s new book, “A Full Life: Reflections at 90,” was published in July and includes personal reflections as well as pronouncements about various conflict regions, including the Middle East, according to the Prospect article.

“The Netanyahu government decided early on to adopt a one-state solution,” Carter told Prospect, referring to Israel’s continued control of the West Bank.

Palestinians “will never get equal rights [to Israeli Jews, while Israel occupies the West Bank],” he said, but added that he would like a campaign to give them “more equal rights.”

Asked if Israel is heading for apartheid, Carter said, “I am reluctant to use that word in a news article.”

Carter’s 2007 book “Palestine: Peace Not Apartheid” was widely criticized in the Jewish and pro-Israel community for its allegedly one-sided description of the conflict.

In the Prospect interview, Carter also praised the Iran nuclear deal, which the Israeli government and many American Jewish organizations oppose.

Asked about the threat of nuclear proliferation in the region, Carter noted that Israel has “at least 150 to 200” nuclear weapons.

Carter revealed Wednesday that he has cancer that has spread to other parts of his body.