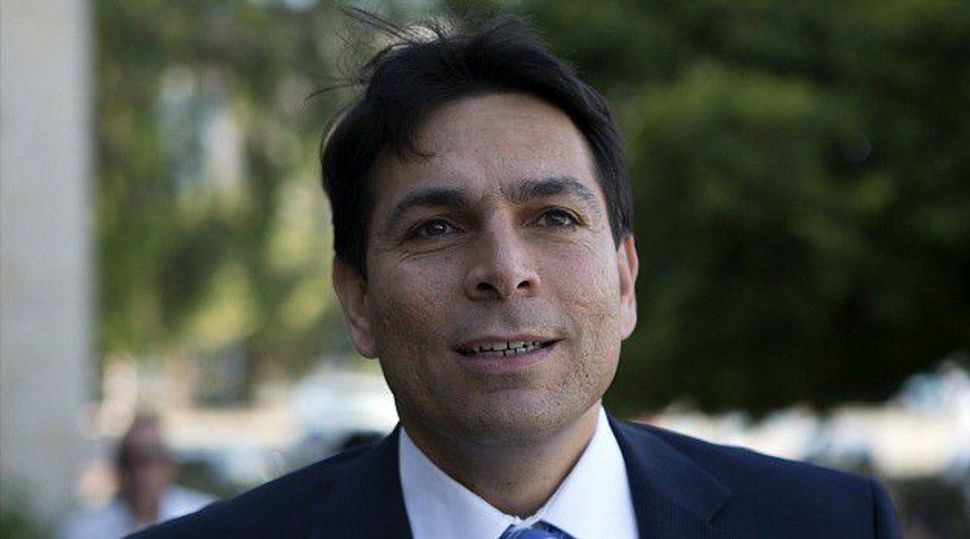 Danon’s appointment, which was announced Friday, is meant to allow him to fight for the truth, Netanyahu said in a statement.

“The U.N. is an important forum right now and I am convinced that Danny will fight with all his power to present the truth in the international arena,” Netanyahu’s statement read.

Netanyahu and Danon – a firebrand who has called to reopen the Temple Mount to Jewish worship and has called boycotts against Israel “modern-day anti-Semitism” – have had a tense relationship.

Last year, Netanyahu fired Danon from the post of deputy defense minister after Danon publicly criticized Netanyahu for not taking firmer military action against Hamas during Israel’s summer offensive against the group in Gaza. After his dismissal, Danon lambasted Netanyahu’s “leftist flaccid attitude,” as he termed it.

At the U.N. headquarters in New York, Danon will replace Ron Prosor, who is widely credited in Israel for his performance at the organization, where Israel is often singled out for criticism, but where it has recently clinched some precedent-setting roles.

Israel’s Channel 2 this week reported that Netanyahu is considering appointing Mark Regev, a spokesperson of the Prime Minister’s Office under Netanyahu, to serve as ambassador in Britain.