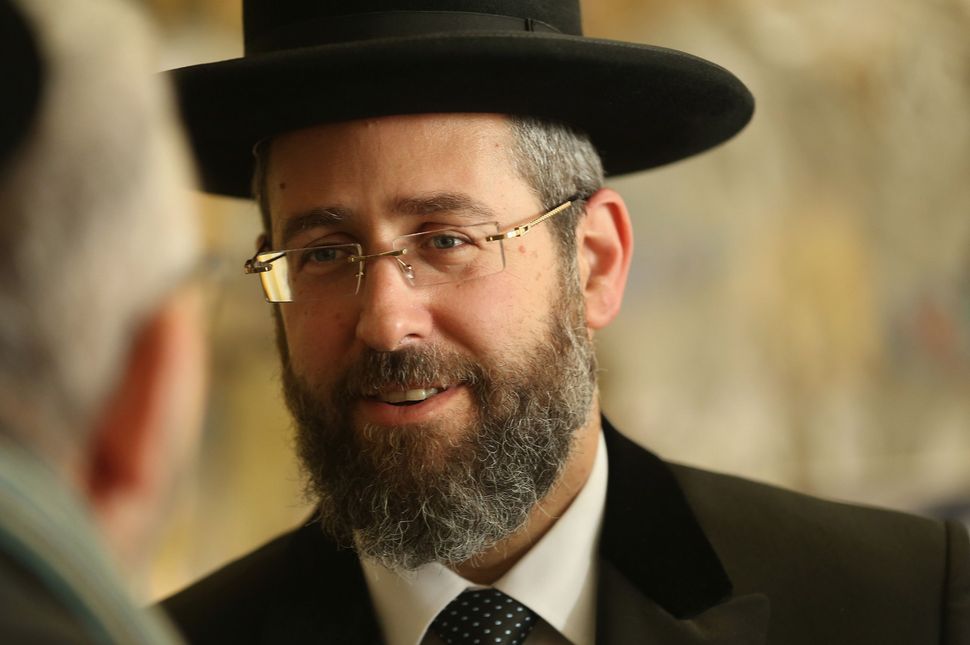 Israel’s chief Ashkenazi rabbi accused the founders of a private conversion court of “fighting against the Torah.”

David Lau made the allegation Thursday night at the inaugural event of B’Noam, a lobby group devoted to defending the policies of Israel’s chief rabbinate and its religious establishment, in reference to the announcement last week of several prominent Orthodox rabbis about their launching of the conversion court.

The court’s founders, including Rabbi David Stav of the Tzohar outreach group, cited bureaucracy and overly stringent practices at rabbinate courts when it comes to conversions — especially among approximately 300,000 Russian-speaking Israelis who are not considered Jews according to the Rabbinate.

“The rabbinate, its courts, rabbis and dayanim are recently under a severe attack in the media, by organizations and in public discourse,” Lau said at the event Thursday, according to a report by the news site ynet.co.il. This assault, he said, goes back to the appearance of the Torah, “and the attempts to fight against it and its representatives. For as long as it has existed, the rabbinical leadership has withstood changes that could hurt the Torah, the Halacha, the integrity of the Jewish people and we, too, on our watch, will do all we can.”

Rabbi David Yossef, a senior leader of the Shas Orthodox Sephardic party, said during a different event on Thursday that Stav – to whom he referred by name only without acknowledging his title of rabbi – and his colleagues “are nothing more than Reform Jews with a kippah.”