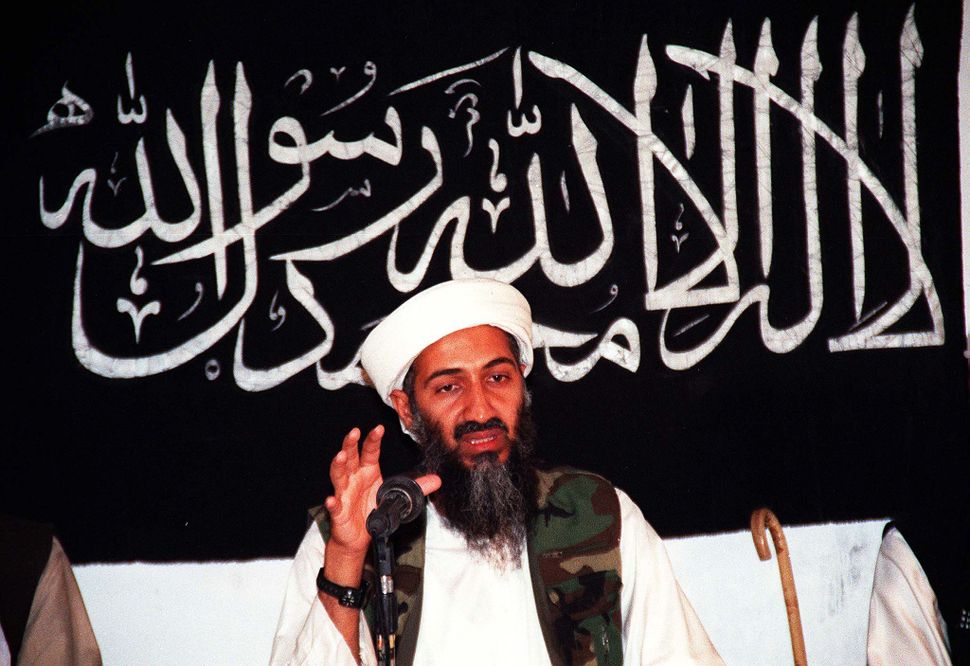 The national Jewish community’s security arm asked Jewish institutions to be on the alert after Osama Bin Laden’s son called for attacks on Jewish American interests.

The Secure Community Network alert Friday said that Hamza bin Laden, who has ambitions to lead Al Qaeda, the terrorist organization founded by his father, posted an audio message calling “for the targeting of Jewish American interests globally.”

The alert by SCN, an arm of Jewish Federations of North America and the Conference of Presidents of Major American Jewish Organizations, said the audio message was confirmed by “reliable sources” in law enforcement and was recorded sometime before June 15.

“While there is no information at this time to suggest a credible or imminent threat as it relates to this call for attacks, terrorist leaders and organizations have stepped up their calls for lone wolf attacks across the globe,” said the alert, noting recent attacks on Garland, Texas and Chattanooga, Tennessee, apparently carried out by unaffiliated individuals spurred by extremist Islamist calls for violence.

The alert called for increased training for volunteers and staff at Jewish institutions ahead of Rosh Hashanah, including establishing relationships with local law enforcement and reviewing communications and plans for responding to an active shooter.

Paul Goldenberg, SCN’s director, told JTA that the call by bin Laden might be a bid to draw attention to the once preeminent terrorist organization, now on the wane because of U.S. targeting, including the assassination of his father, Osama bin Laden, as well as the rise of the Islamic State in Iraq and Syria.

“This is not the first time that senior ranking members of al Qaeda have called for attacks on world or American Jewry,” Goldenberg said. “This individual and al Qaeda are waning — with that said, their rhetoric is becoming more incendiary with the hope they will move their masses.”

He said that because there is no imminent threat against a specific target, it is key for Jews nonetheless to attend holiday services next month and not to be affected by terrorist rhetoric.

“The community has dealt with similar threats, we’re asking the community that they attend Rosh Hashanah services and celebrations and to continue to have whatever plans they had to enjoy and celebrate our New Year,” he said.