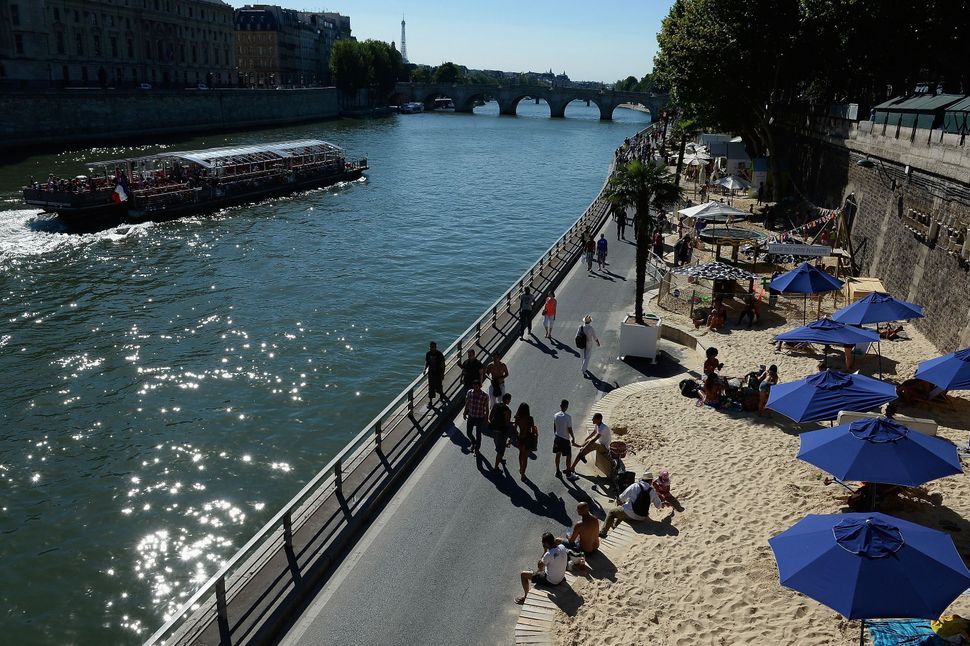 Tel Aviv on Seine, part of the weeklong Paris Plages (“Paris Beaches”) festival, occurred Thursday as planned despite opposition from a Paris lawmaker and pro-Palestinian groups. The festival turns the banks of the Seine River into a beach and this year is devoting each day to a beach in another country.

However, Paris Mayor Anne Hidalgo, in an op-ed in the French daily Le Monde, defended the decision to host the event, describing Tel Aviv as “progressive.”

Hundreds of police guarded Tel Aviv on Seine and checked visitors before allowing them to enter.

At nearby Gaza on Seine, protesters flew a Palestinian flag and wore T-shirts reading “Free Palestine” and “Boycott Israel,” according to Israel Hayom.

Vice News reported that many protesters at the Gaza event said it was in poor taste to highlight Tel Aviv just a year after Israel’s Operation Protective Edge killed more than 2,000 Palestinians, including four boys struck by an Israeli missile while playing soccer on a Gaza beach.