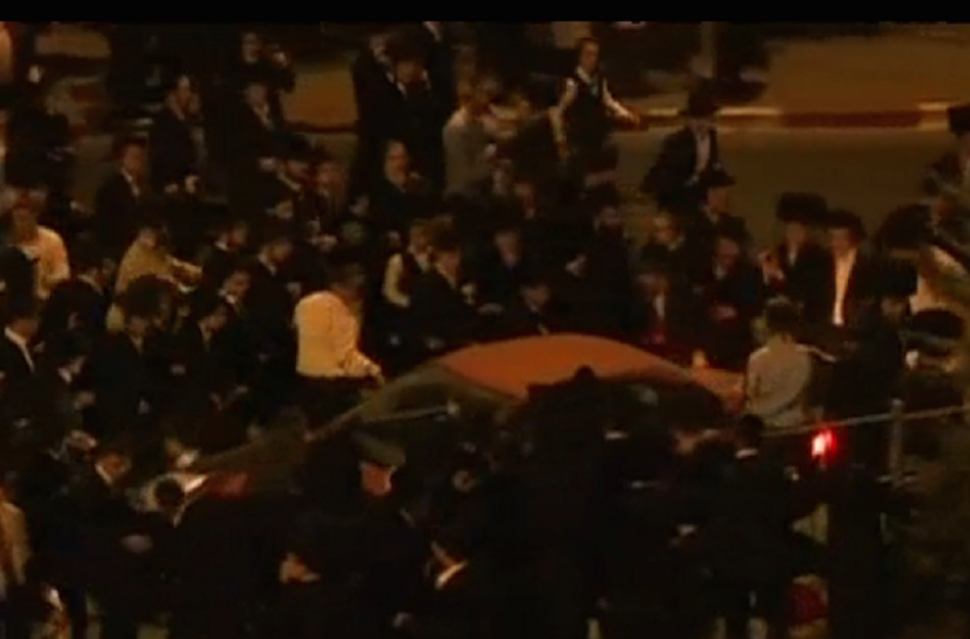 Thousands of haredi Orthodox Jewish men clashed with police during protests against a new cinema in Jerusalem that stays open on Shabbat.

Some of the protestors threw stones at police and broke the windows of a building on Friday night, the Times of Israel reported. Two separate demonstrations took place throughout the night in the religious neighborhoods of Romemah and Mea Sherarim in northern Jerusalem, far from the new cinema, which is located in of Abu Tor, in the south of the city.

At least a few of the protestors were arrested for attacking members of the media covering the event, the Times of Israel reported.

The YES Planet theater, which boasts 16 screens, opened this week and will remain open through Saturday, the Jewish Sabbath. It joins some 200 other businesses in Jerusalem that remain open on Shabbat despite prohibitions against it stipulated by the city. Businesses that remain open are charged modest fines.

YES Planet has argued that since it is privately owned and was built on private property, municipal police should not have a say in its operations.

“I grew up with the Jerusalem ‘Shabbat wars’ – in the end you reach a status quo and I believe it will be that way this time as well,” Greidinger told Ynet.