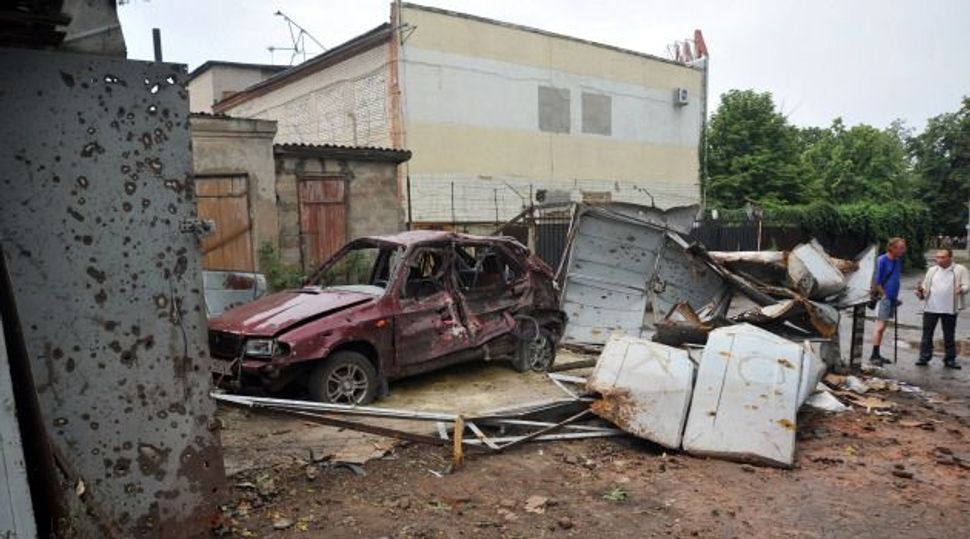 Citing ongoing fighting in Ukraine, a Kiev-based Jewish organization transferred its summer camp for young Jews to the Caucasus nation of Georgia.

The Midrasha Zionit, or Zionist Seminary, sent approximately 140 participants of the group’s Tchelet summer camp this year to a resort in Georgia’s Lake Bazaleti. The move was “a response and adaptation to the difficult situation in Ukraine,” Asher Gold, a spokesperson for the Midrasha, told JTA.

Tchelet, which has served approximately 2,500 campers, has two age groups: teens and young adults under 30. Most participants are Russian-speakers from Ukraine, Russia and Israel. Some 720 Tcheelt participants have immigrated to Israel, organizers said, adding that they know of 23 couples who met at the camp.

The camp has been active since 2008. For the Ukrainian campers, Gold said, “this is also a chance to have them go abroad for a little while and catch some fresh wind.”

Russian-backed separatists have been fighting government troops in Ukraine’s east since March 2014, when the secessionists established two enclaves around Donetsk and Lugansk. The crisis, which occurred after a bloody revolution in Ukraine, severely damaged the country’s economy and sent the Ukrainian hryvnia into a nosedive that halved its pre-revolution value.

Jewish groups have spent millions in emergency funding on helping Jewish refugees through the crisis. Among other actions, the American Jewish Joint Distribution Committee this summer helped several dozen children from the battle zones attend at the Szarvas summer camp in Hungary, which JDC has been operating for the past 26 years 100 miles east of Budapest.