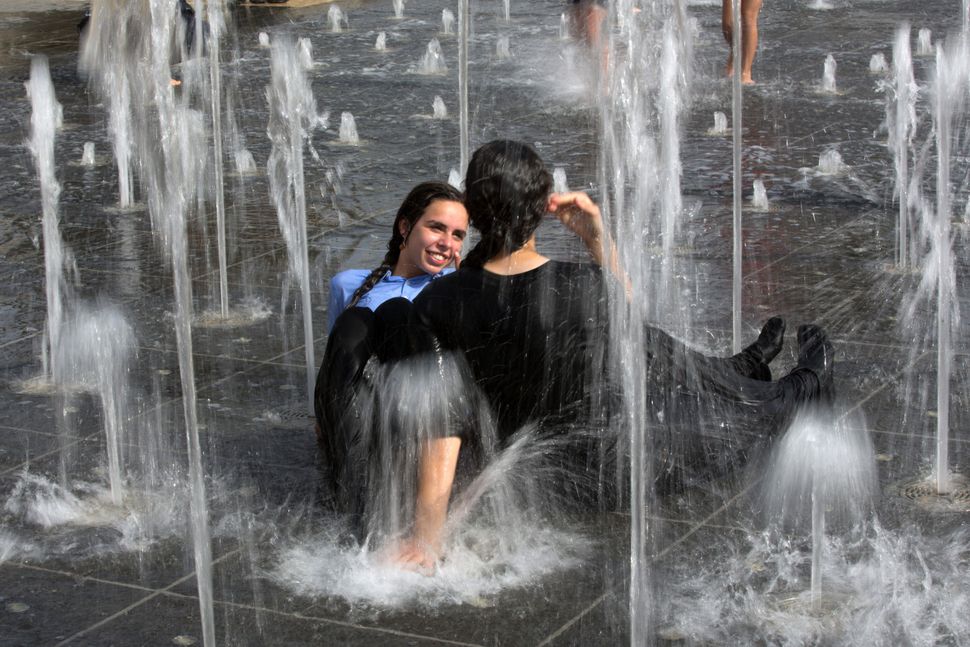 This week, according to Israeli news site Ynetnews, temperatures across Israel rose above 100 degrees Fahrenheit.

The northern town of Tzemach experienced heat of 111 degrees, while the temperature in the West Bank settlement of Gilgal reached 115 degrees. In the southern city of Beer Sheva, the high was 109 degrees.

Israel’s Meteorological Service said it was the hottest August since 2010, according to Ynetnews. Several Israelis have needed medical treatment due to heat stroke or dehydration. Israeli authorities are urging Israelis not to hike during the heat wave, which is expected to last through the week.