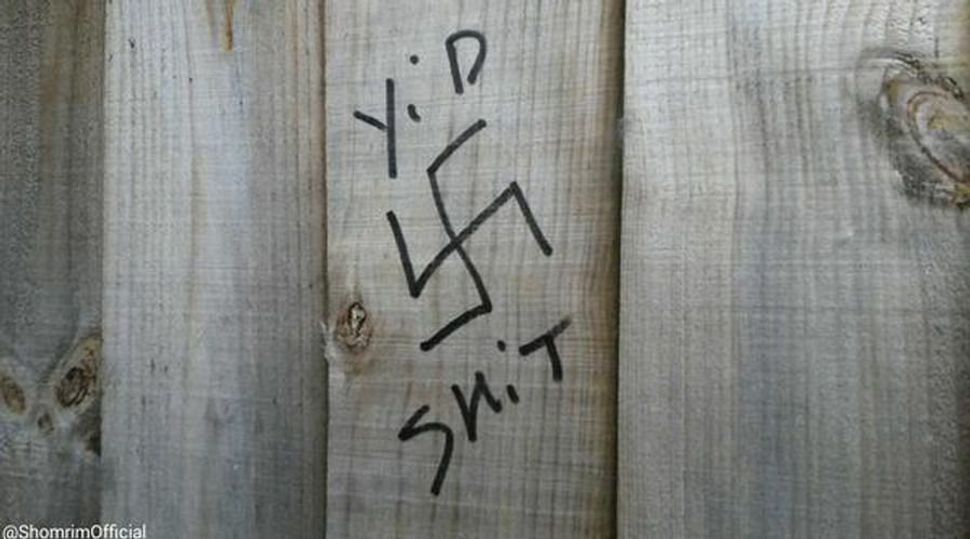 A Jewish girls school in London was vandalized with anti-Semitic graffiti for the second time in just over a month.

A Nazi swastika, alongside the words “Yid s**t,” was found scrawled on the fence outside the Beis Chinuch Lebonos Girls School in the northeast part of the city on Monday, The Independent reported.

London police are investigating the incident.

In the previous act of anti-Semitic vandalism at the Orthodox school, the graffiti said “Yids Out.”