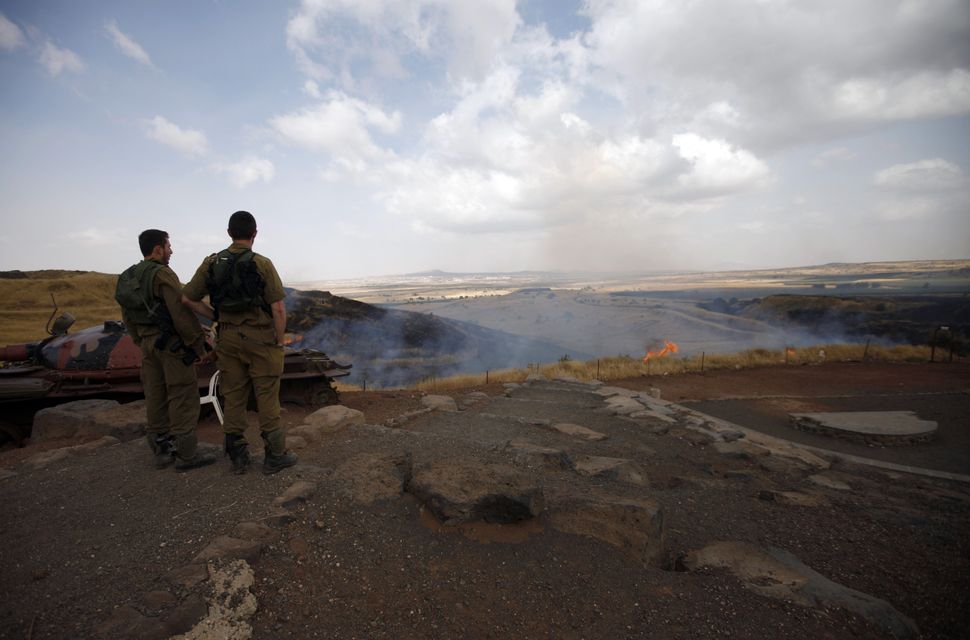 Rockets that struck an northern Israeli village near the Lebanese border on Thursday, causing no casualties, were launched from the Syrian Golan Heights, the Israeli army said.

The statement described an unusually long-range attack: Previous launches from within Syria, whether deliberate or stray fire from the civil war there, hit the Israeli-held Golan without reaching the Israeli interior.

Giora Zaltz, head of the upper Galilee regional council, told Israel Radio that two projectiles landed near a village in his region, which is on the border with Lebanon. The impact set off brush fires but caused no casualties, he said.

In its statement, the army said a salvo of four rockets had been fired, striking the upper Galilee and Israeli-held Golan.