Did Israel Really Use Dolphin To Spy on Hamas? 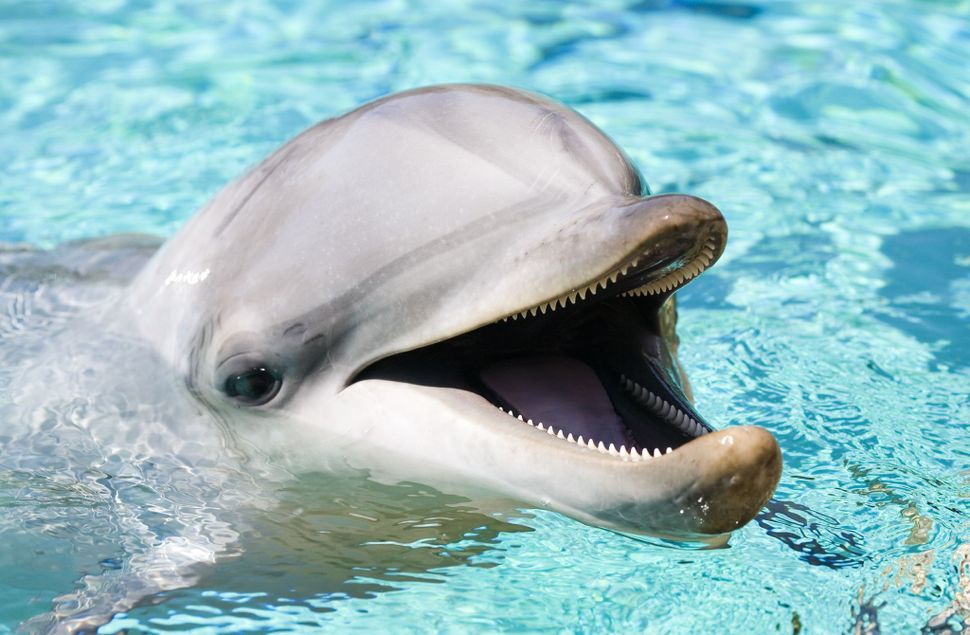 (JTA) — Forget the Iron Dome defense system and the rest of Israel’s formidable military – Hamas is worried about Israeli spy-dolphins.

The Palestinian daily Al-Quds reported this week that Hamas captured a dolphin outfitted with Israeli “spying equipment.” Hamas’ naval wing reportedly tracked down the dolphin, which gave itself away through its “suspicious movements,” a few weeks ago off the Gaza coast.

Al-Quds reported that Hamas was wary of another of the dolphin’s devices, “capable of firing arrows with the capability of wounding or even killing a human,” according to the Jerusalem Post. Senior Hamas officials did not talk to Al-Quds for the article.

Reports in recent weeks have indicated that Israel and Hamas may be negotiating a long-term truce. Turkish official said that both sides were close to cutting a deal, but Israel denied any contact with the Islamist group.

The Times of Israel pointed out that birds and sharks have been accused of spying for Israel in recent years. In 2010, an Egyptian official claimed that Israeli sharks attacked tourists in the Red Sea, and two years later an eagle in Sudan was thought to be wearing an Israeli tag.

Did Israel Really Use Dolphin To Spy on Hamas?