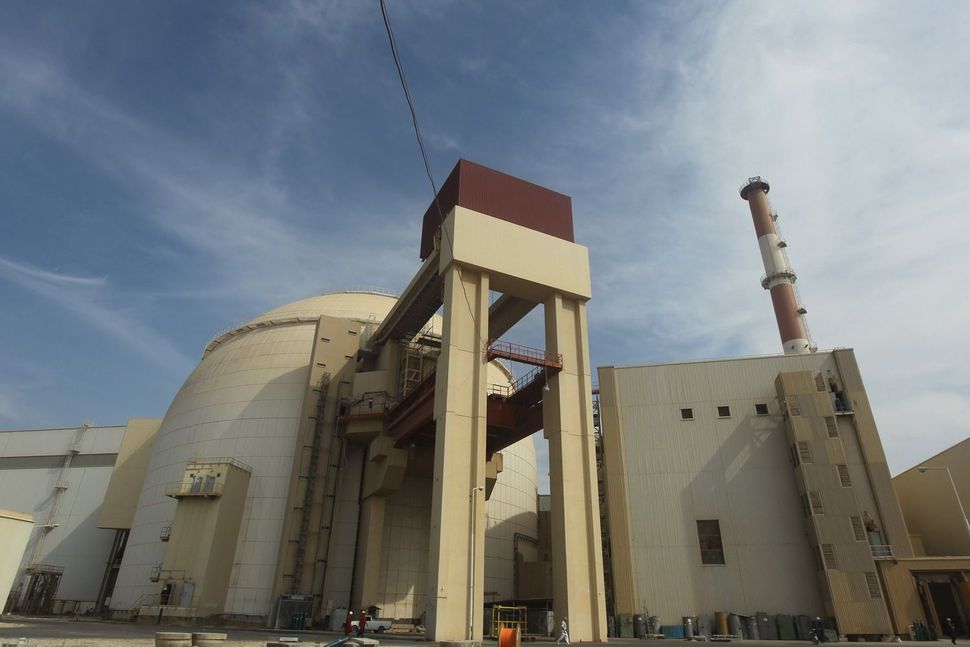 The U.N. nuclear watchdog chief on Thursday rejected as “a misrepresentation” suggestions Iran would inspect its own Parchin military site on the agency’s behalf, an issue that could help make or break Tehran’s nuclear deal with big powers.

Without International Atomic Energy Agency (IAEA) confirmation that Iran is keeping promises enshrined in the landmark July 14 nuclear accord, Tehran will not be granted much-needed relief from international economic sanctions.

Any indications that Iran’s part of the accord – strict limits on its atomic energy program and explaining its past nuclear activity – cannot be directly verified by the IAEA could make it harder for President Barack Obama to secure crucial ratification by the U.S. Congress by a Sept. 17 deadline.

According to data given to the IAEA by some member countries, Iran may have conducted hydrodynamic tests at Parchin in the past to assess how specific materials react under high pressure, such as in a nuclear explosion.

An unconfirmed Associated Press report had cited a draft document suggesting the IAEA would not send its own inspectors into Parchin but would instead get data from Iran on the site.

“I am disturbed by statements suggesting that the IAEA has given responsibility for nuclear inspections to Iran. Such statements misrepresent the way in which we will undertake this important verification work,” IAEA Director-General Yukiya Amano said in an unusually strongly worded statement on Thursday.

Under a roadmap accord Iran reached with the IAEA alongside the July 14 political agreement, the Islamic Republic is required to give the IAEA enough information about its past nuclear program to allow the Vienna-based watchdog to write a report on the issue by year-end.

Iran has long stonewalled an IAEA investigation into the possible military aspects of its past nuclear activities, relating mostly to the period before 2003, saying intelligence spurring the agency’s investigation was fabricated.

Iran says its nuclear program has no military dimensions.

The IAEA, which says it takes no information at face value, has repeatedly asked for fresh, direct access to Parchin.

“I can state that the arrangements are technically sound and consistent with our long-established practices. They do not compromise our safeguards standards in any way,” Amano said.

One Vienna-based diplomat said he was confident the IAEA would carry out its work on Iran effectively. “Although, we understand the discussions on how to best implement the roadmap are still ongoing,” he told Reuters.

Under the Vienna accord, Iran must put verifiable limits on its uranium enrichment program to create confidence it will not be put to developing nuclear bomb material in exchange for a removal of sanctions crippling its oil-based economy.

Obama has said the deal is the “strongest non-proliferation agreement ever negotiated” and that if it were scuttled, Iran’s pathway towards a nuclear bomb would accelerate and war would likely break out.

Obama is striving to gather 34 votes in the Senate to ensure Congress cannot kill the nuclear deal. Twenty-five senators, all Democrats, have said they will support it. Hawkish opposition Republicans are strongly opposed.

“Why haven’t these secret side agreements been provided to Congress and the American people for review? Why should Iran be trusted to carry out its own nuclear inspections at a military site it tried to hide from the world?” John Boehner, the Republican speaker of the U.S. House of Representatives, said after the report of the IAEA “outsourcing” inspections emerged.

“The separate arrangements under the roadmap agreed between the IAEA and Iran in July are confidential and I have a legal obligation not to make them public – the same obligation I have for hundreds of such arrangements,” Amano said.

Israeli Prime Minister Benjamin Netanyahu has vigorously campaigned against the deal, saying it endangers Israel because its terms are too weak to prevent Iran eventually developing a nuclear weapon, and he has lobbied Congress hard to reject it.

“One must welcome this global innovation and outside-the-box thinking,” Energy Minister Yuval Steinitz, tasked by Netanyahu to speak out on the Iranian nuclear issue, said in a sarcastic reference to the AP report.

“One can only wonder if the Iranian inspectors will also have to wait 24 days before being able to visit the site and look for incriminating evidence?” he said, referring to a clause in the deal on the notice period for intrusive IAEA inspections.