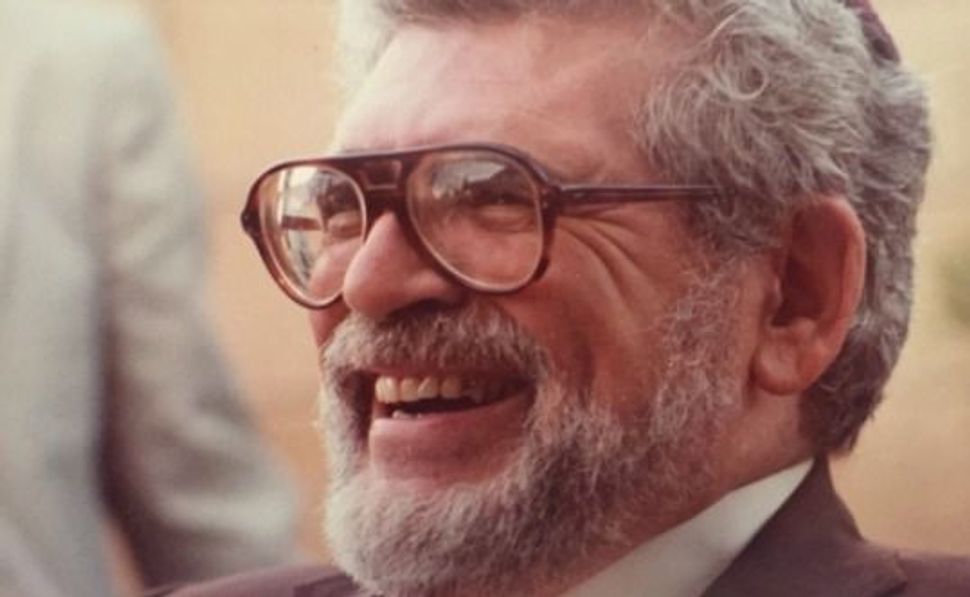 Gerald Bubis, who pioneered and shaped the field of Jewish communal service and was a passionate champion of a progressive Israel, has died.

Bubis died on Friday evening at his Los Angeles home at the age of 91, following a series of lengthy illnesses.

Bubis was born in Winnipeg, Canada, but as a youngster moved with his sister and divorced mother to Minneapolis.

In 1968, at the invitation of the Hebrew Union College-Jewish Institute of Religion (HUC-JIR), he established, on its Los Angeles campus, the School of Jewish Communal Service, now the Zelikow School of Jewish Nonprofit Management.

From then, until his retirement from the school’s directorship in 1989, Bubis “was the first to conceptualize, initiate, establish and sustain a program for the education and formation of professionals who would serve the totality of the Jewish community,” according to Rabbi David Ellenson, chancellor emeritus of the HUC-JIR’s four-campus system.

Parallel to his academic achievements, Bubis was a key figure in the Israel peace movement and among the first in the 1980s to advocate a two-state solution for the Israeli-Palestinian conflict, at a time when such a stance was highly unpopular in the Jewish community.

“Jerry belonged to that generation of leaders who could be a beacon of moral conscience while remaining fully within the communal fold,” said Prof. David N. Myers, chairman of the UCLA history department.

Bubis’ energy and outreach were prodigious. In his 2005 autobiography, “Guide Yourself Accordingly: A Memoir,” a listing of his educational, professional and academic experience, honors and awards, positions in professional associations, civic involvement, books and other publications takes up a full 20 pages of small print.

He wrote some 170 academic papers and popular articles, and 14 books and monographs, ranging across his focus on the Jewish family, Jewish identity in the modern world, board-staff relations in volunteer organizations and Israel-Diaspora relationships.

Bubis visited Israel some 50 times and created and conducted a biannual program in Jerusalem “dedicated to profound studies and critical exploration of Israel-Diaspora bonds,” according to Prof. Gideon Shimoni, former head of the Hebrew University’s Institute of Contemporary Jewry.

He is survived by his wife of nearly 67 years, Ruby, and two children.