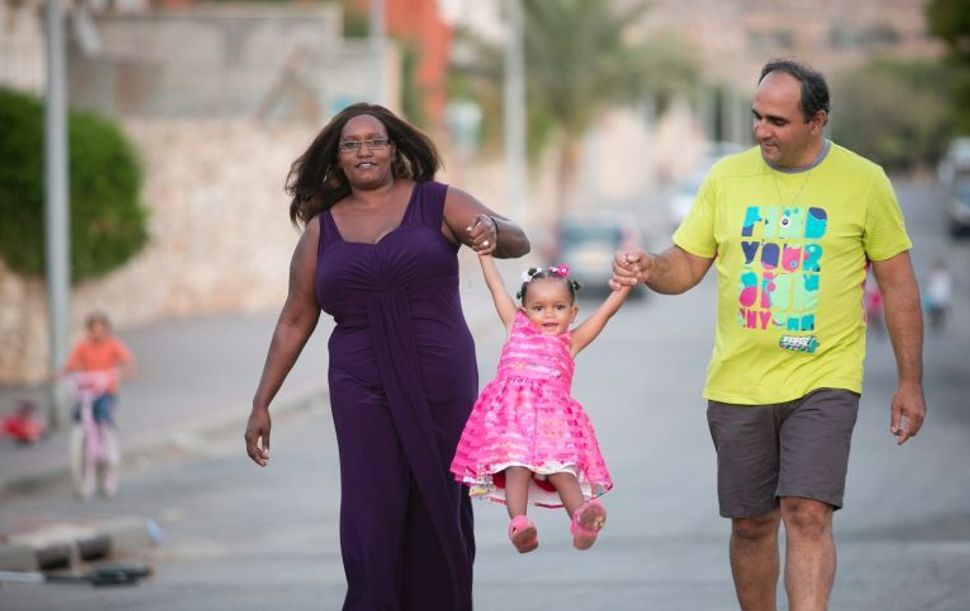 A preschool in a West Bank settlement reportedly has refused to enroll a 2-year-old because her mother is not Jewish.

The child is the daughter of a Jewish man and his partner, a non-Jewish woman from Kenya, the Israeli daily Haaretz reported Sunday.

Amit Hai Rubin has lived in the Avnei Hefetz settlement in the northern West Bank for the last five years. When he tried to enroll his daughter, Hila, in a preschool operated by the community he said he was told that it would have to be approved by Avnei Hefetz’s admissions committee and that the fact that his daughter is not Jewish according to Orthodox Jewish law could be an issue, Haaretz reported.

Avnei Hefetz responded to Haaretz in a statement saying that Rubin had requested a midyear placement for his daughter, when the program was full. “The director said the child could register for the coming year and he was asked to register her when registration starts for the next year. Mr. Rubin agreed to these facts and they also appear in the letter by his attorney to the settlement. Since then, although he has been invited, he has not come to register the child and he chooses to hurl false accusations,” the statement said.

Israel’s Ministry of Economy, which oversees the country’s pre-schools, told the newspaper that the schools cannot discriminate against students and that it would investigate.