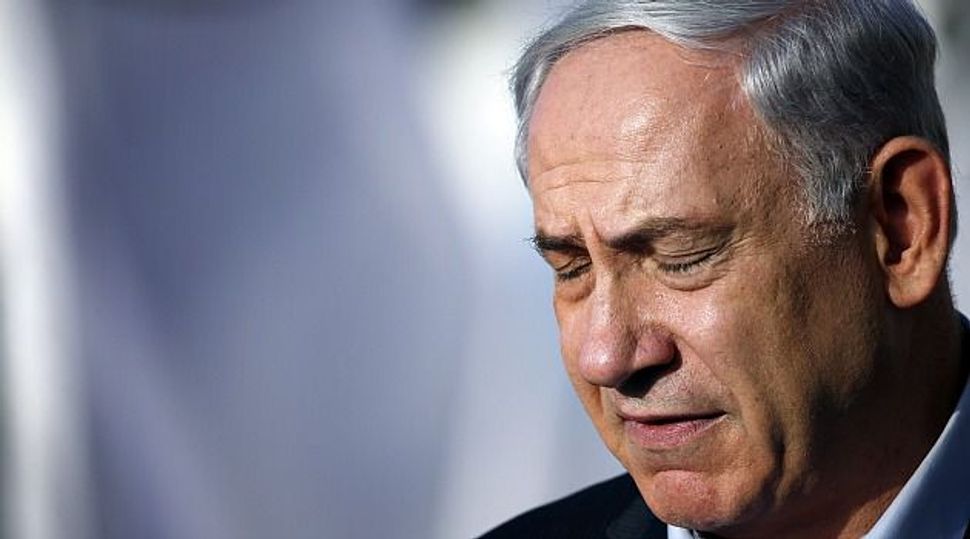 “Bibi is weak, he doesn’t…he doesn’t want to take tough steps unless he is forced to do so,” Barak said in the recordings aired on Sunday on Israel’s Channel 2.

The recordings are part of series of interviews with Barak for a forthcoming biography about him.

“Bibi himself is immersed in a kind of deep pessimism and has a tendency…in the balance between fear and hope, he prefers, generally, to err on the side of fear. He once referred to it as ‘worried,’” Barak also said in the recordings aired on Sunday.

The release of the new recordings come after recordings aired Friday in which Barak said he and Netanyahu wanted to order an Israel Air Force attack on Iran’s nuclear facilities, but Chief of Staff Gabi Ashkenazi stopped them in 2010, saying the Israel Defense Forces was not prepared. Later, Barak said, Moshe Yaalon, now the defense minister, and Yuval Steinitz, then finance minister and now the minister of energy, objected.

In a statement released Sunday, the Prime Minister’s Office said: “It is time to stop this irresponsible talk on matters relating to national security. Prime Minister Benjamin Netanyahu continues to act responsibly and aggressively on behalf of Israel’s security and its citizens, not burying his head in the sand, pointing out the dangers and threats and acting firmly and decisively. ”

Earlier on Sunday, Knesset Foreign Affairs and Defense Committee chairman Tzachi Hanegbi of the Likud Party said he planned to call on the military censor to explain why Channel 2 was permitted to broadcast the recordings involving plans to strike Iran’s nuclear facilities.