Israel Deepens Ties to Kurds With $1B Oil Buy 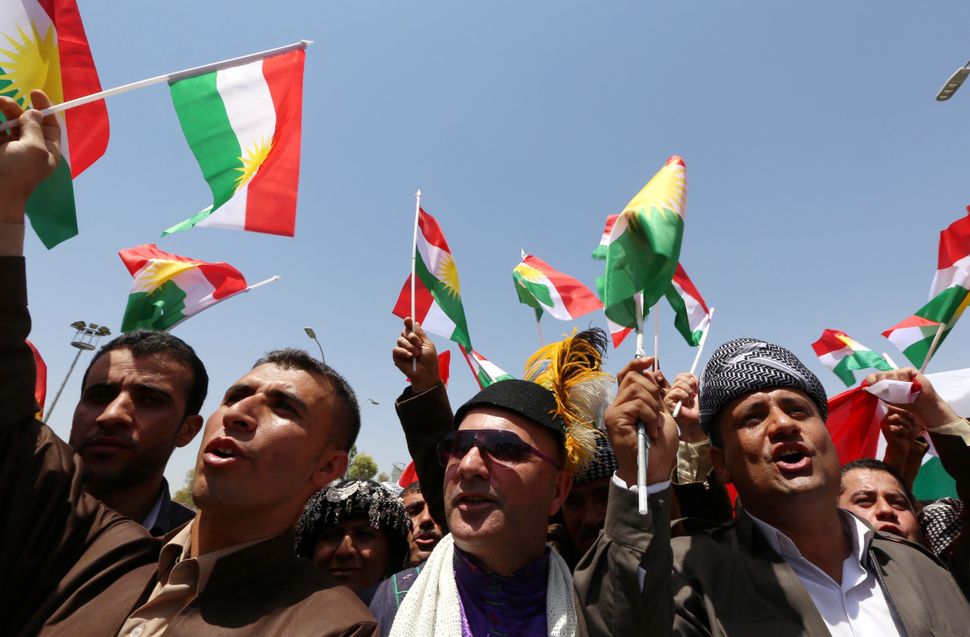 Israel has purchased $1 billion worth of oil from Iraqi Kurdistan in recent months, the Financial Times reported.

The import of some 19 million barrels of oil took place over the last three months, The Financial Times report said, citing shipping data, trading sources and satellite tanker tracking. The amount represents about one third of northern Iraqi exports and meets about 77 percent of Israeli oil needs, according to the report, which speculated that some of the oil was resold by Israel.

Kurdish oil is exported through the Turkish port of Ceyhan on the Mediterranean Sea.

The report speculated that the Israeli purchases are a way to support the Kurds’ fight against the Islamic State.

Israel Deepens Ties to Kurds With $1B Oil Buy