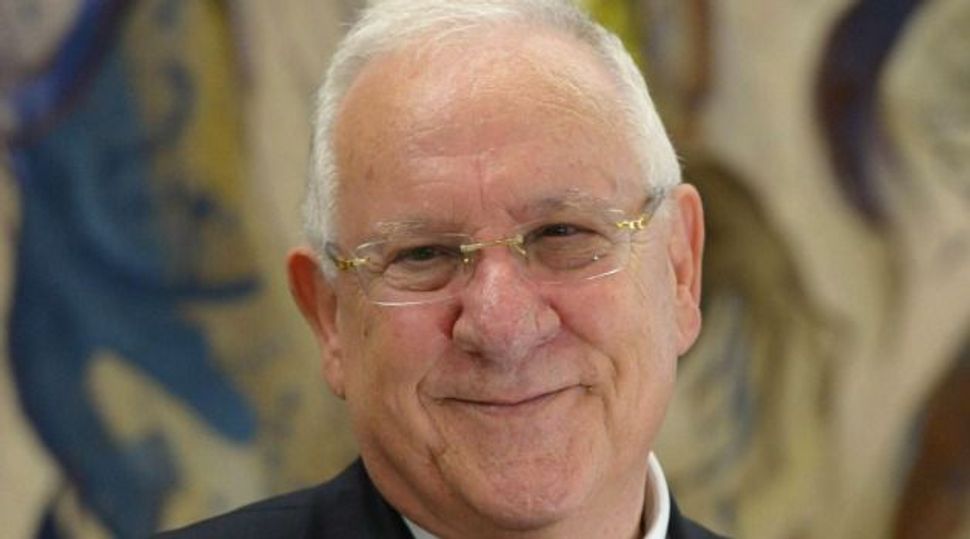 Israel’s right to rule the West Bank “is not a matter of political debate,” President Reuven Rivlin said.

Meeting Monday with West Bank leaders, Rivlin also said that “settlement of the land of Israel” is an expression of that claim, which puts Israel on a collision course with the rest of the world and conflicts dramatically with its stated goal of working toward a two-state solution with the Palestinians.

Rivlin called the settlers “pioneers,” saying that they “pay along with the soldiers of the Israel Defense Forces, the heaviest price.”

“The settlements are at the forefront of the struggle, and the price paid by the settlers is a painful price indeed,” he said at the meeting at his residence in Jerusalem with nearly 20 heads of regional and municipal councils, including Yesha Council chairman Avi Roeh. “We must, and are able to, deal with the current wave of terrorism, to fight it, and not allow anyone to disrupt our daily lives.”

Rivlin added: “Our sovereignty in this land means responsibility for all those who live here, and obliges all of us to uphold the strictest of moral codes, which is inherent in each and every one of us. I know that the settlement movement as a whole has confirmed this moral and ethical stance, and I want to strengthen and encourage you, on this clear standpoint.”

Roeh told Rivlin that the unofficial freeze on building public infrastructure and development in the West Bank is “causing serious harm to the citizens and the children.”

Israel seized the West Bank in a 1967 war. The world considers the West Bank occupied land and the Palestinians plan to establish their own state there.