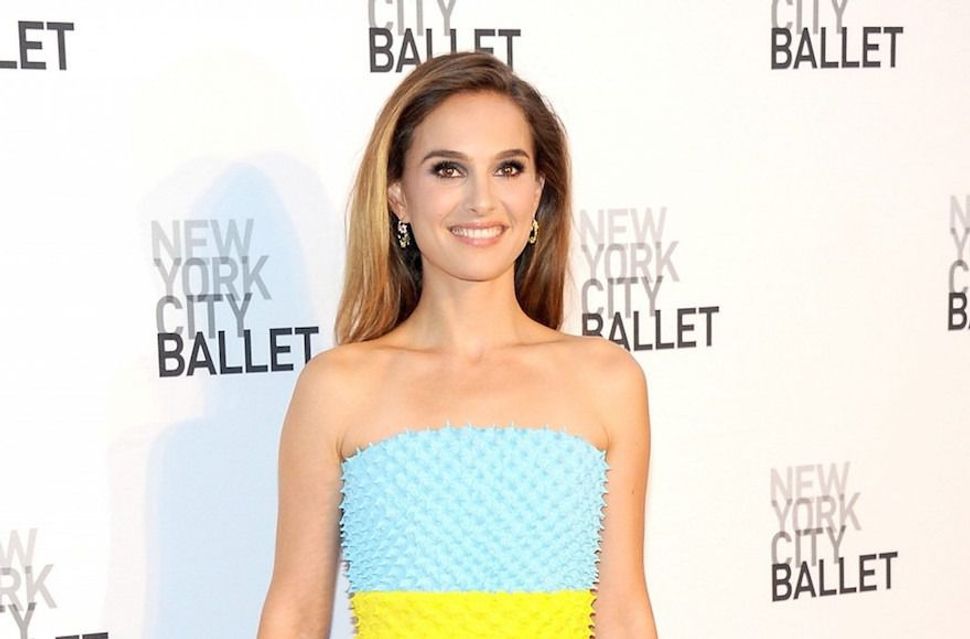 (JTA) — Natalie Portman has more ties to the Holocaust than some of her fans might realize. Portman’s great-grandparents were killed in Auschwitz and the Jewish actress played Anne Frank in a 1997 Broadway adaptation of “The Diary of Anne Frank.” Her latest project, a Hebrew-language adaptation of Amos Oz’s memoir “A Tale of Love and Darkness,” is partly set in pre-state Israel as the Holocaust looms on the horizon.

On Friday, however, in an interview with the United Kingdom’s Independent newspaper, Portman said that the Holocaust has been the focus of too much attention from some in the Jewish community.

“I think a really big question the Jewish community needs to ask itself, is how much at the forefront we put Holocaust education. Which is, of course, an important question to remember and to respect, but not over other things,” Portman said. “We need to be reminded that hatred exists at all times and reminds us to be empathetic to other people that have experienced hatred also. Not used as a paranoid way of thinking that we are victims.”

Portman emphasized that she thinks modern anti-Semitism should be differentiated from Nazi ideology.

“Sometimes [the Holocaust] can be subverted to fear-mongering and like ‘Another Holocaust is going to happen.’ We need to, of course, be aware that hatred exists, anti-Semitism exists against all sorts of people, not in the same way. I don’t mean to make false equivalences, we need it to serve as something that makes us empathetic to people rather than paranoid,” Portman said.

The 34-year-old, who won an Oscar in 2011 for her role in “Black Swan,” explained that she formed this opinion in 2007 during a trip to Rwanda. She said she was “shocked” to realize that she was “only learning about the Holocaust” while a modern genocide was occurring in Africa.

The rest of Portman’s interview yielded some other interesting tidbits, such as the fact that she has been working on “A Tale of Love and Darkness” since 2007 and that she loves playing Jewish women. Portman’s next Jewish role will be the title character of an upcoming Ruth Bader Ginsburg biopic.

Watch the Hebrew-language trailer for “A Tale of Love and Darkness” below.