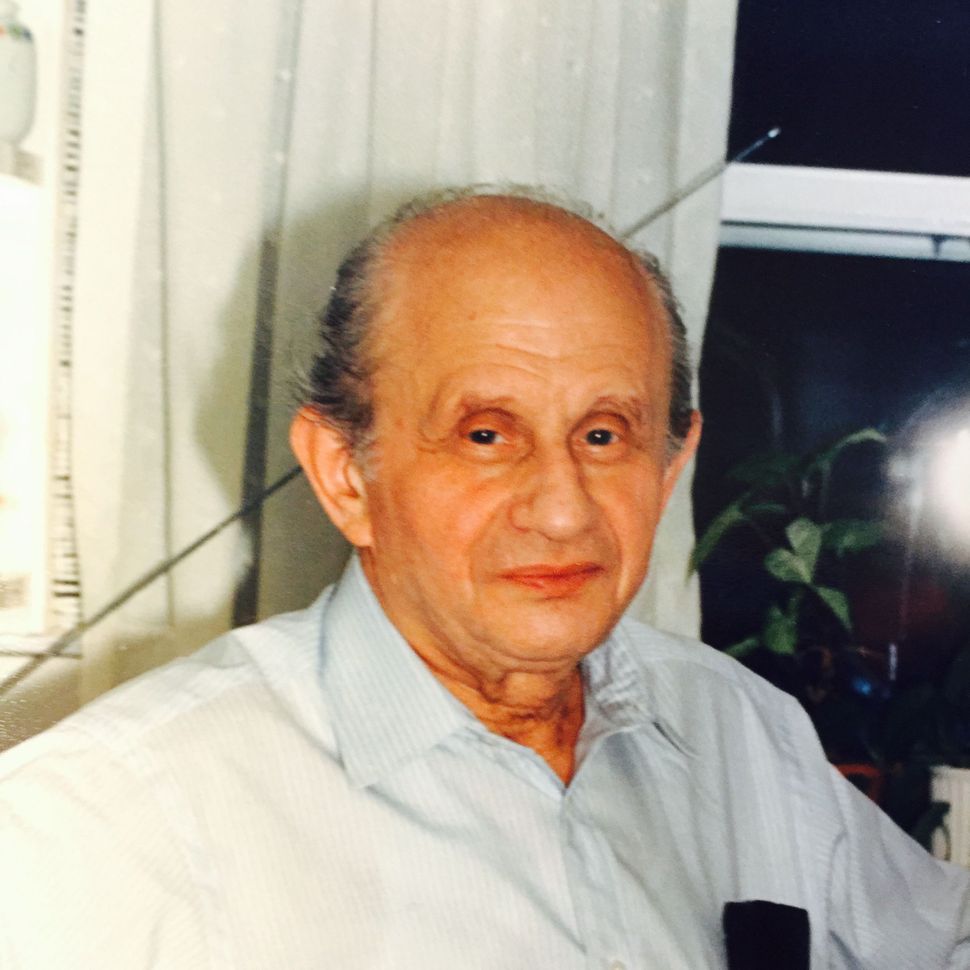 Henry Bialowas died on Saturday, age 98. I’ll miss him. There’s no reason you should recognize his name, but you should miss him too.

Henry Bialowas was not a famous man. I would say, in the manner of the pre-war joke, that he was “world famous in certain districts of Poland.”

He was a “fakhman,” a master tailor and designer on Seventh Avenue, who created the inaugural ball gowns for Lady Bird Johnson and Pat Nixon, and one year, George Steinbrenner’s World Series blazer.

He was a devoted Labor Zionist, secretary of his Farband branch into the 1990’s. He was, and his wife Fay still is a mainstay of their Conservative synagogue in Hackensack, N.J., Temple Beth El. He was one of my parents’ closest and oldest friends, from 1935. Those are modest circles of fame in this world.

What earned him wider recognition, in my book, is that he belonged to the sheris hapleita, the saving remnant of European Jewry. Their task, in the late 1940’s and later, was to save their families after they had seen them killed.

Like thousands of others, Henry and Fay Bialowas found the courage and will to build new lives, to raise children and help them raise grandchildren, each of them with their own talents, their own way of adding something to their world. Henry and Fay’s families have survived, and that is an every-day miracle, remarkable in its way.

I will miss his Lodzer Yiddish. I’ll miss his recollections of his years as a partisan in the forests of Belarus, of his wedding to Fay in Bergen Belsen in 1949.

No one could size up a new suit the way he did, evaluating both the fabric and the cut. I’ll miss not just his tailoring but also his gardening. His and Fay’s tomatoes are sweet. I’ll miss his comments on what he read in the Forverts. He was a gute neshomeh. May his memory be a blessing.