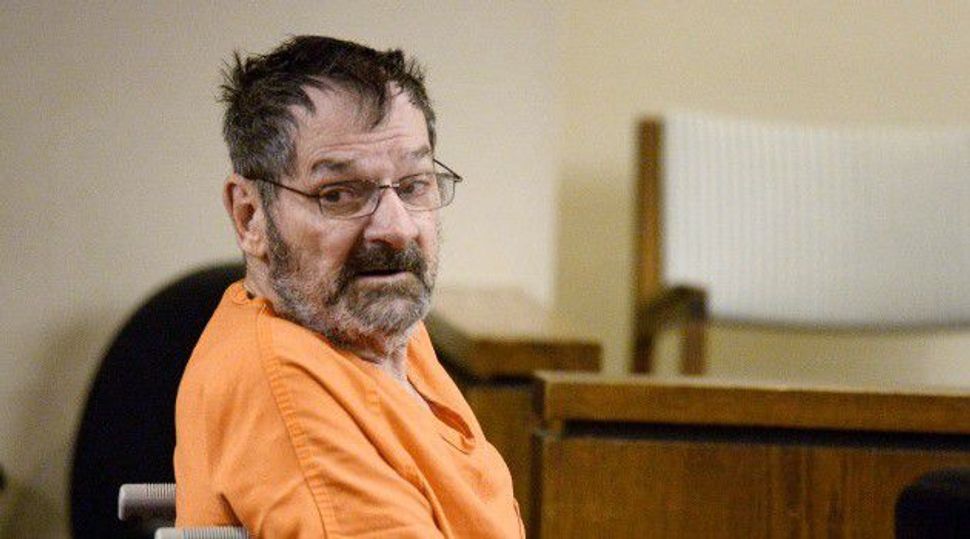 Prosecutors in Kansas rested their case on Thursday in the murder trial of a white supremacist after playing a recorded call in which he expressed surprise the three people fatally shot outside two Jewish centers last year were not Jewish.

Frazier Glenn Cross, 74, a former senior member of the Ku Klux Klan who is representing himself, could be sentenced to death if convicted of murdering the three people in April 2014 in suburban Kansas City, Missouri. He also is charged with the attempted murder of three others. Cross has pleaded not guilty to all the charges but has said several times in court that he is the killer.

Before resting their case, prosecutors played a recording of jail telephone call in October 2014 in which Cross can be heard saying he took a swig of whiskey in his car in celebration moments after the shootings.

Cross told jurors he made the call. While it is not clear who Cross was calling, he said in court on Thursday that he knew and wanted the call to be recorded and to be made public.

He says on the recording he was surprised non-Jews would be at the two centers but did not regret the killings.

“It makes them accomplices of the Jews,” Cross says on the recording. “They are against us.”

Cross is charged with fatally shooting Reat Underwood, 14, and his grandfather William Corporon, 69, outside the Jewish Community Center of Greater Kansas City, as well as Terri LaManno, 53, outside a Jewish retirement home in Overland Park, Kansas.

Cross, also known as Glenn Miller, is expected to begin presenting his defense on Friday, including testifying himself. Judge Thomas Kelly Ryan on Thursday told Cross he would not be allowed to present as evidence videos, books and articles that support his anti-Semitic views.

“You are depriving me my right to give my state of mind,” Cross told the judge.

Over three-plus days, prosecutors presented witnesses, video and forensic evidence they have said connects Cross to the killings.

Cross has asked few questions of the prosecution’s witnesses and has been admonished repeatedly by Ryan for expressing his views instead of asking questions.