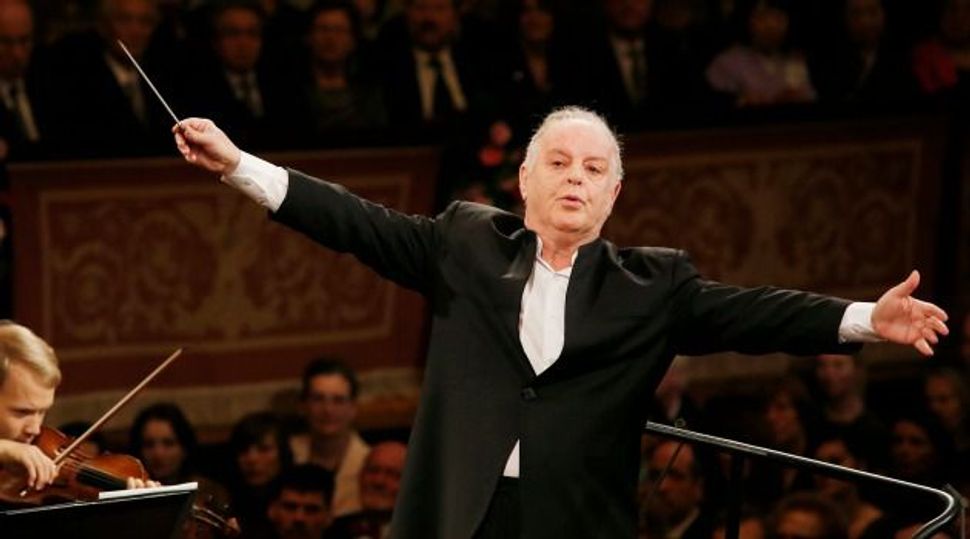 Star conductor Daniel Barenboim is holding talks to take one of Germany’s main orchestras to Iran, his employer Berlin State Opera said on Thursday, in the face of angry protests from Israel.

The opera said the plans by its Israeli-Argentinian musical director had the full backing of German Foreign Minister Frank-Walter Steinmeier, setting up a possible confrontation with Israel which called the state support for the trip a “mistake.”

The announcement of the visit comes at a particularly sensitive time for Israel, which is concerned that last month’s nuclear deal between Iran and world powers, including Germany, could empower one of its main enemies and ease Tehran’s international isolation.

The 72-year-old conductor and pianist has also been an outspoken critic of Israel’s Palestinian policies.

“Barenboim draws an anti-Israel line and makes sure to slander Israel while using culture to leverage his political opinions against Israel,” Israeli Culture Minister Miri Regev said on Facebook on Wednesday as news of the trip first emerged.

She said she would write to the German government to protest against its support for the concert.

The German foreign ministry declined comment on Thursday, but Steinmeier is due to travel to Iran himself in October.

His cabinet colleague Sigmar Gabriel, the economy minister, visited Tehran in July with a small delegation of business representatives days after the nuclear deal, drawing criticism from Israeli leaders.

Berlin’s support for the nuclear deal has tested the close ties Germany has cultivated with Israel since World War Two, when the Nazis killed six million Jews.