Netanyahu Meets With PM of Italy, a ‘Natural Bridge for Europe’ 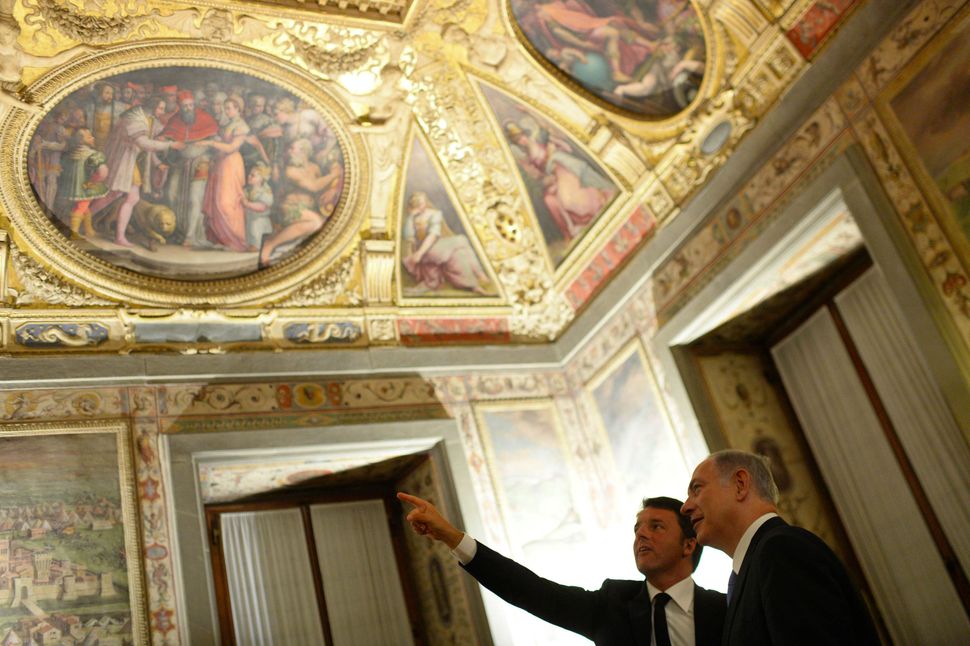 The meeting Saturday night took place in Palazzo Vecchio, Florence’s City Hall, and focused on international concerns including Islamic terrorism and the Iran nuclear deal, and on bilateral agreements between Israel and Italy.

“We can further expand the cooperation between Israel and Italy in technology, in agriculture, in culture and science, in fighting terrorism, in security and stability for our world,” Netanyahu told Renzi, according to the Prime Minister’s Office.

On Thursday, Netanyahu visited Milan Expo, which showcases technology and development, and delivered a message of willingness to share Israel’s technological and scientific results in sustainable agriculture with the world.

On Friday he met in Florence with a delegation of Jewish leaders, headed by the president of the Union of Italian Jewish Communities, Renzo Gattegna. “Israel considers Italy a natural bridge for Europe because it’s the country that strives to understand what are Israel’s needs,” he said following the meeting.

Netanyahu Meets With PM of Italy, a ‘Natural Bridge for Europe’