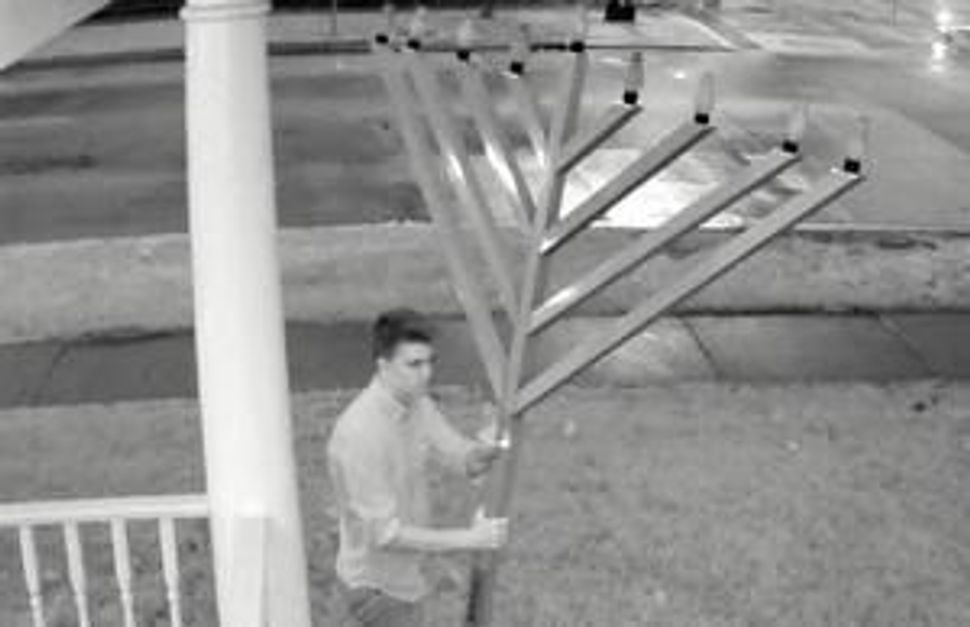 An Illinois man was arrested for knocking over a nine-foot menorah at the University of Illinois in Champaign.

Max W. Kristy, 20, of Champaign was arrested several days after the Aug. 21 incident on the front lawn of the Illini Chabad Jewish Center, the student newspaper, the Daily Illini, reported.

Kristy was caught on a video surveillance camera pushing the menorah until it snaps at the base. Electrical wiring inside the menorah also was damaged in the incident.

The menorah was knocked over in April as well, though police have not connected the two incidents.

Kristy reportedly told police he was drunk at the time of the incident and planned to take the menorah as a gift to a Jewish friend, the News-Gazette reported.

Kristy’s Jewish friend confirmed to police that the two had talked about what he had done, according to the News-Gazette.

Police said he will not be charged with a hate crime because the vandalism was not directed at a specific person.

Rabbi Dovid Tiechtel of the Illini Chabad Jewish Center said after the second incident that he is raising money to replace the vandalized menorah with a larger and sturdier one.