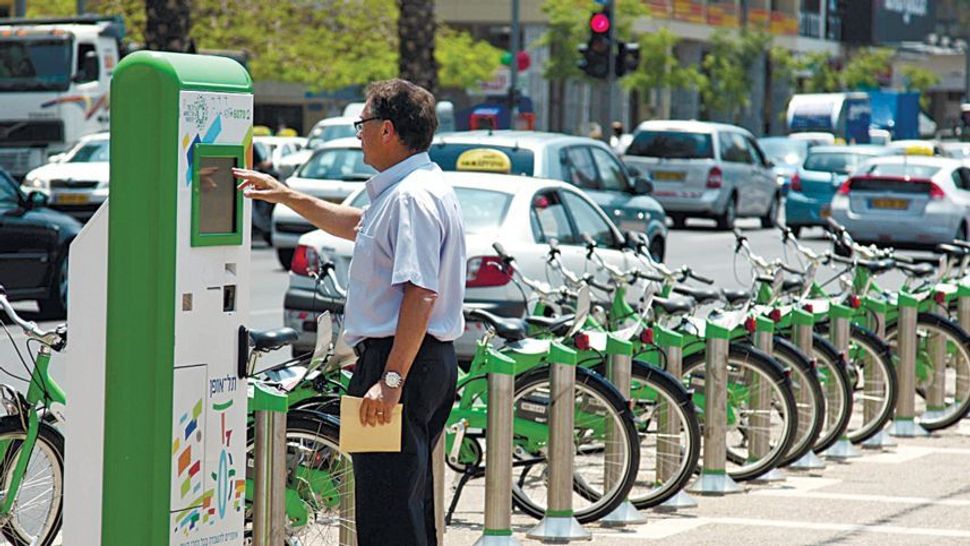 In less than a year, a public bicycle rental network is due to be rolled out in Jerusalem similar to Tel Aviv’s Tel-O-Fun program, which has been in operation for several years using self-service rental stations placed around the city. In Jerusalem, however, some ultra-Orthodox residents are opposing a bicycle rental network for the capital on the grounds that it would encourage desecration of the Sabbath.

The Jerusalem plan, which is being promoted by Deputy Mayor Tamir Nir, will in its initial stage provide 500 bicycles at 15 rental stations, mostly in the center of the city, beginning in the spring next year. In the past, a proposal that would have had bicycle rental stations throughout the city was considered, but was ruled out as not financially feasible. The current plan calls for the stations to be deployed initially in the city center and at nearby tourist sites, with the expectation that it will be expanded if the first phase is successful.

The Jerusalem system is slated to be more technologically sophisticated than its Tel Aviv counterpart, with solar-powered rental stations where users will complete the rental process using a smartphone application. Although rental spots are also planned for ultra-Orthodox neighborhoods, those stations will not operate on Shabbat or Jewish holidays.

On Monday, Army Radio reported that the ultra-Orthodox factions on Jerusalem’s city council have already expressed opposition to the plan. “There is not a shadow of doubt that we view this with the utmost seriousness,” the chairman of the United Torah Judaism faction, Eliezer Rauchberger, told the radio station. “We will do everything we can to prevent this. I know that there are similar initiatives in Tel Aviv and other places, but Jerusalem is not Tel Aviv. Jerusalem is a holy city. That’s how it needs to be run.”

For his part, Nir replied: “It could be that they are just making noise to convey the story of the groceries,” he said, referring to a plan to close minimarkets that have been open in the center of Jerusalem on the Sabbath, “but it also could be that they really will do everything to stall the program. What are we dealing with here? What desecration of the Sabbath? All told, it’s just a tap on an app.”