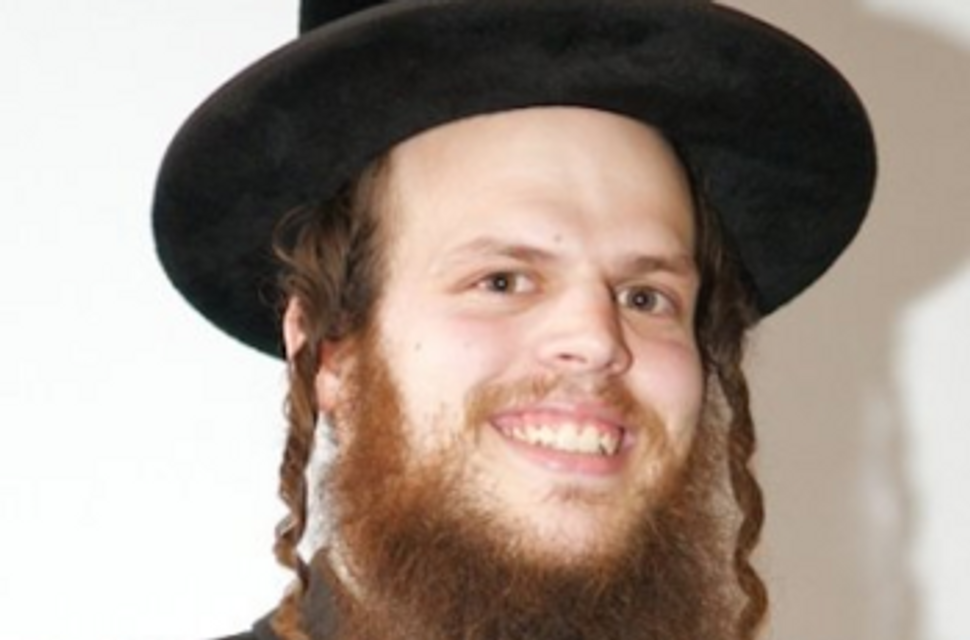 (JTA) — When Issamar Ginzberg enters his Jerusalem office on a sweltering summer day, he’s wearing a long black coat tied at the waist and a black hat. His long, scraggly beard and sidecurls, or payos, offer no relief from the heat.

The office — thank God — is air conditioned, and Ginzberg offers kosher candy from a bowl on his desk. Nearby sit his laptop and LG phone, complete with a “kosher” filter that restricts it from many websites. While some haredi Orthodox men do without any smartphone, Ginzberg has two. He also keeps a Blackberry handy for U.S. business trips. 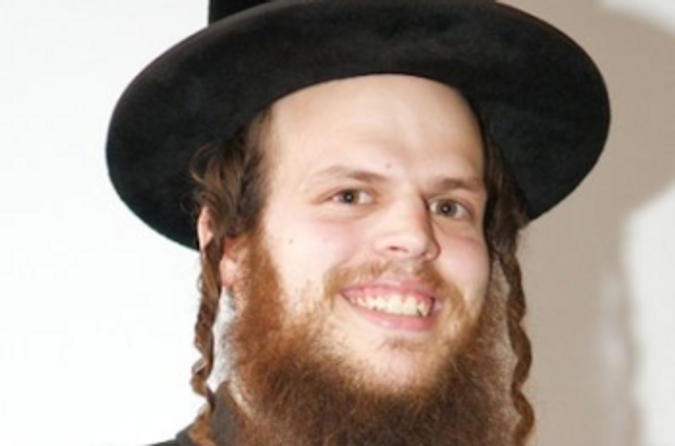 On a nearby shelf sits a series of Yiddish audio CDs on how to succeed in business that Ginzberg produces and sells. The room, which has an interior that wouldn’t look out of place in a Tel Aviv office building, is on the parking level of his apartment building in a haredi neighborhood about where the building superintendent might sit.

A scion of a Hasidic rabbinic dynasty, Ginzberg lives in Jerusalem’s haredi world, attending synagogue daily and spending hours every morning learning Torah. But by afternoon, evening and night, he is a marketing consultant to more than 100 clients, among them Google and Oracle.

“My key clientele is the corporate world and entrepreneurs in the non-Jewish, non-Orthodox world,” said Ginzberg, 35, a father of four. “One of the reasons I’m trusted so much by the Orthodox community is because they know I’m legit, because I actually work in the real world.”

The Brooklyn native moved to Jerusalem five years ago, just as the movement in Israel to integrate haredim into the army and labor force was gaining attention. Labor force participation rates for haredi men have risen in recent years and now stand at 45 percent; many haredi men still opt to study Torah full time rather than work.

Many haredim see a contradiction between secular workplace culture and their own, but Ginzberg says his black hat and beard are a feature, not a bug. He emphasizes his religious background on his promotional materials, calling himself “Rabbi Issamar” and “a character who just stepped out of ‘Fiddler on the Roof.”’

“It’s harder to be taken seriously, but the novelty that you look different gives you 10 seconds of, ‘Let me see what this guy has to offer,’” he said. “If you meet 20 WASPs and one guy who looks like me, which one will you remember six months later?”

Ginzberg grew up speaking Yiddish and English in an Orthodox neighborhood of New York, and had an early appetite for business. As a teenager, he used classified ads and the early Internet to buy 386-model computers in bulk and resell them for profit. He became a mortgage broker 15 years ago and parlayed that into a consulting business. He now has 120 regular clients that pay $3,000 for 10-hour packages.

To accommodate his haredi lifestyle, Ginzberg begins his days at 7 a.m., responding to late emails from U.S. clients before attending morning prayers at 8 or 9 a.m. He then studies Torah with a partner until 1 p.m., when he moves back to consulting, generally switching between clients in one-hour shifts. Aside from spending two-and-a-half hours with his family in the evening, Ginzberg works well past midnight with West Coast businesses, getting five hours of sleep at most.

“He and I as well think it’s better to learn [Torah], but you can’t learn all day because there’s no salary,” said Moti Feldstein, director of Kemach, an organization that has helped 7,400 haredi men find work. “You have kids. You need to make a living. He says, ‘Look at me: I go around with my suit, with my hat, I learn Torah and I work.”

Clients say what makes Ginzberg valuable is his ability to quickly understand a diverse set of topics despite having no professional training in them. Ginzberg says that comes from being an autodidact with a work ethic formed by learning at yeshiva. He doesn’t have a college degree, but has taught himself, he says, by voraciously reading books and papers on business and psychology.

“I like that he can get to the point,” said Yael Sela-Shapiro, a Hebrew-English translator who consulted with Ginzberg and helped set up a seminar he gave to Google’s Israel office in 2013. “He talks for a few minutes and manages to pinpoint the exact question that can get the information he needs to give you the best advice.”

Since moving to Israel, Ginzberg has become involved in increasing the employment rates of haredi men. He interfaces between Kemach and potential employers like Google and Intel, helping bridge cultural gaps between the high-tech and haredi worlds. And he lectures at yeshivas in Israel and America, introducing students to the fundamentals of business.

“He explains what it is to work, professionalism,” Feldstein said. “You work with a staff, you have a manager, you have to come on time, how to work when there’s someone different next to you.”

Judging from Ginzberg’s Facebook page, he doesn’t just use the Internet to make a living — he also enjoys it. In addition to business advice, he posts links to articles on the Middle East, Shabbat and, in one case, being mistaken for an Amish man. Ginzberg maintains it’s all part of the effort to promote his work.

“You can’t run away from social media,” he said. “Business is three-dimensional. People are three-dimensional. When I say have a good Shabbos, I’m basically proud of the fact I’m a religious Jew. I’m reminding people, whether they’re religious or not, Shabbos is coming. I’m showing everyone that I’m lucky to be who I am and do what I do.”