What Will Israel Get in Post-Iran Deal Windfall? 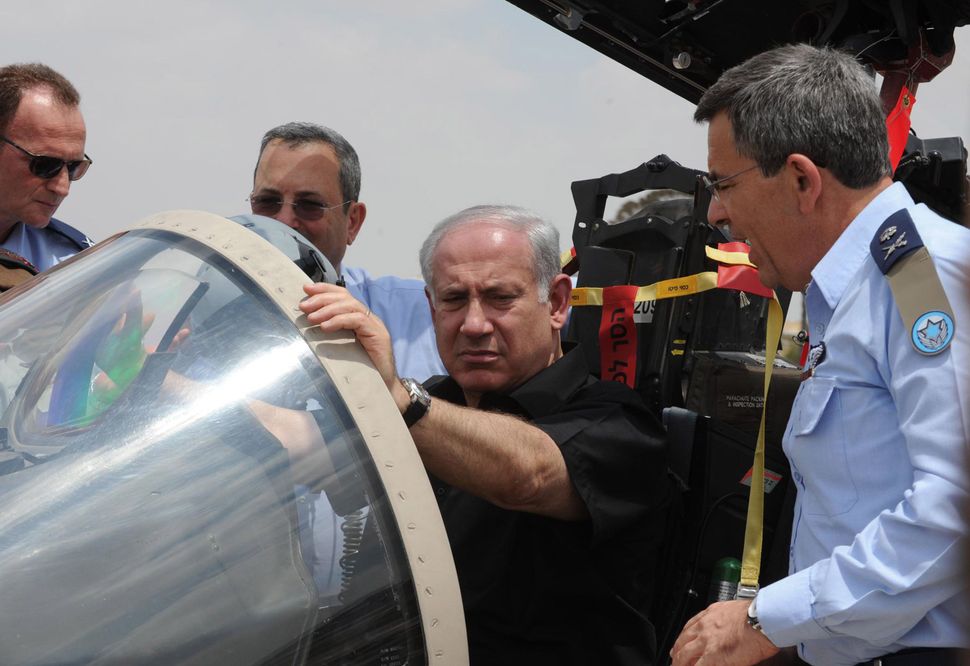 The moment the Iran nuclear deal becomes law, as seems increasingly likely given growing congressional support for the agreement, the focus of the U.S.-Israel conversation will shift to the question of what’s next.

What more will Washington do to mitigate the Iranian threat and reassure Israel and other regional allies?

For starters, President Barack Obama seems ready to offer an array of security enhancements. Among them are accelerating and increasing defense assistance to Israel over the next decade; increasing the U.S. military presence in the Middle East; stepping up the enforcement of non-nuclear related Iran sanctions; enhancing U.S. interdiction against disruptive Iranian activity in the region; and increasing cooperation on missile defense.

There also will be an emphasis on keeping any of the tens of billions of dollars to which Iran will gain unfettered access through the sanctions relief from reaching Iran’s proxies.

Adam Szubin, the U.S. Treasury undersecretary charged with enforcing sanctions, made targeting Hezbollah a focus of his meetings with Israeli officials last week, JTA has learned.

Once some nuclear-related sanctions on Iran are lifted – should Iran meet the requirements in the deal on nuclear restrictions – Washington will allocate greater resources to focusing on other sanctions unaffected by the agreement, including those related to backing terrorism, a senior U.S. official told JTA.

“We have a lot of that same personnel and resources we can devote to U.S.-specific sanctions on Iran – and not only Iran,” the official said.

Israeli Prime Minister Benjamin Netanyahu, not wanting to be seen as endorsing the deal while there’s still an outside chance Congress could scuttle it, has directed Israeli officials not to engage with U.S. officials on what could be done after the deal is in place. The Israeli envoy to Washington, Ron Dermer, has said that Israel would be ready for discussions only after options to kill the agreement formally known as the Joint Comprehensive Plan of Action are exhausted.

“We appreciate the support that we have gotten from this administration, from this president, to enhance our security,” Dermer told USA Today in a July 27 interview. “And the discussion that we’ll have about the day after, we’ll have to leave to the day after.”

Congress has until Sept. 17 to decide whether to allow the deal to proceed.

The American Israel Public Affairs Committee, which is leading the opposition to the deal, argued in a memo distributed Monday that U.S. pledges of post-deal security enhancements are inadequate.

“The administration has tried to reassure those concerned by the dangerous consequences of the Joint Comprehensive Plan of Action (JCPOA) in two ways: by pledging increased support for Israel and our Gulf allies and by vowing that it will strictly enforce the deal,” said the memo, which is headlined “Promises Cannot Fix a Bad Deal.” “Neither approach will repair the deal’s fatal flaw: it legitimizes Iran as a nuclear-threshold state in 15 years.”

Obama in an interview Monday with the Forward attached urgency to confronting Hezbollah and other Iranian proxies.

Speaking of Israel, he said, “We can do even more to enhance the unprecedented military and intelligence cooperation that we have with them, and to see, are there additional capabilities that Israel may be able to use to prevent Hezbollah, for example, from getting missiles.”

The emphasis on Hezbollah was appropriate, said Uzi Arad, Netanyahu’s national security adviser from 2009 to 2011.

“The president on sensing a degree of urgency with Hezbollah sooner rather than later is absolutely right,” Arad said, noting the group’s role as an Iranian proxy in helping prop up the Assad regime in Syria. “It relates to the need to uproot and to neutralize the violent and anti-American and anti-Israel radical group. It is a matter of urgent joint concern.”

Arad outlined a number of areas that would enhance Israel’s sense of security in a post-deal environment, including:

Obama touched on many of these issues in a letter he sent to Rep. Jerrold Nadler, D-N.Y., on Aug. 19.

“It is imperative that, even as we effectively cut off Iran’s pathways to a nuclear weapon through the implementation of the JCPOA, we take steps to ensure that we and our allies and our partners are more capable than ever to deal with Iran’s destabilizing activities and support for terrorism,” Obama said in the letter, which was first obtained by The New York Times.

The president specified four areas where cooperation would be enhanced: extending defense assistance for a decade, joint missile defense research, joint efforts to improve tunnel detection (following the advances made by Hamas in its 2014 war with Israel), and “strengthening our efforts to confront conventional and asymmetric threats.”

The letter persuaded Nadler to back the deal and should be a salve to Israeli security officials, said Dan Arbell, a former deputy chief of mission at the U.S. Embassy in Washington.

“If I were an Israeli bureaucrat right now in any of the related areas working around this, what the president provides in his letter is a pretty thorough list, which I think the Israeli defense establishment would be happy with,” said Arbell, who now lectures at American University.

Persian Gulf allies would want the reassurances that Israel is receiving as well as specific assurances of assistance in keeping Iran from meddling in Arab affairs, said Michael Eisenstadt, a longtime officer in the U.S. Army Reserve who served in the Middle East.

Even with such assurances, Eisenstadt said, Gulf allies would remain concerned that the deal enhances Iran’s stature.

“Weapons are Band-Aids on a hemorrhage,” said Eisenstadt, now a fellow at the Washington Institute for Near East Policy. “From the point of view of our allies in the region, we’ve contributed to a lot of the problem” by advancing the Iran deal.

What Will Israel Get in Post-Iran Deal Windfall?