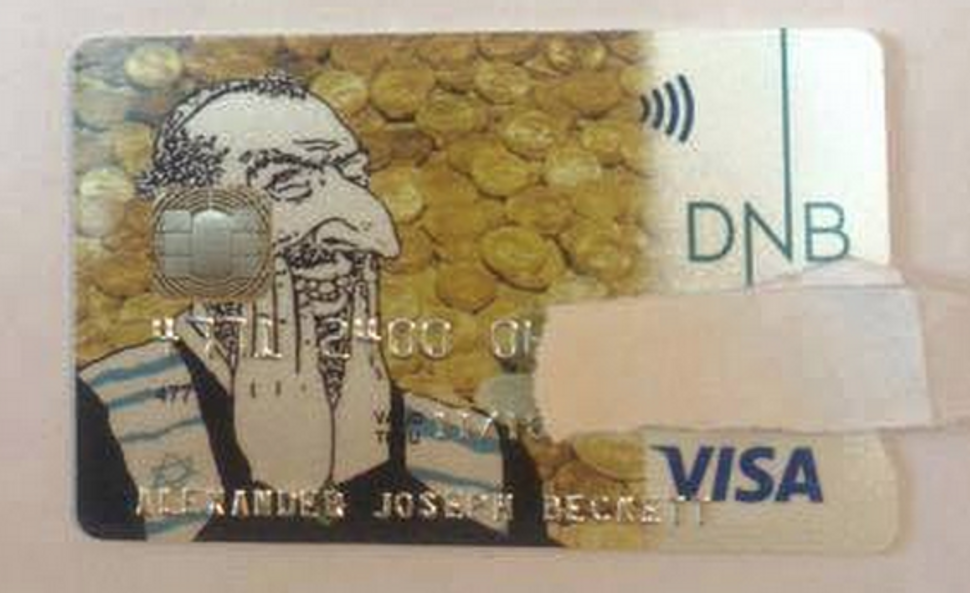 DNB Bank said it will apologize to the customer who received the card and remove the design from its database, according to reports on Wednesday.

The image shows a hook-nosed bearded Jew wearing a kippah and a tallit laughing against a background of gold coins.

The man who ordered the credit card online, an Australian citizen living in Norway, said the design was not what he had ordered.

In a letter to the Israel-based Israel advocacy organization the Hallelu Foundation, DNB apologized for issuing the card.

“We have been notified about a picture of a Visa card issued by us, with a picture of an anti-Semitic drawing of a jew. We looked at the case immediately, and found out that this was produced due to a system we have where clients can upload their own pictures and get them printed on their card. We have, however, strict guidelines for what kind of pictures that are allowed, and this control is manual. Unfortunately, our manual control have failed in this particular case, and we are deeply sorry for that. This card should never have been printed,” read the letter from Even Westerveld, DNB’s executive vice president for communications.

Westerveld said the company would issue a new card to the customer and that the photo has been deleted from the company’s system.