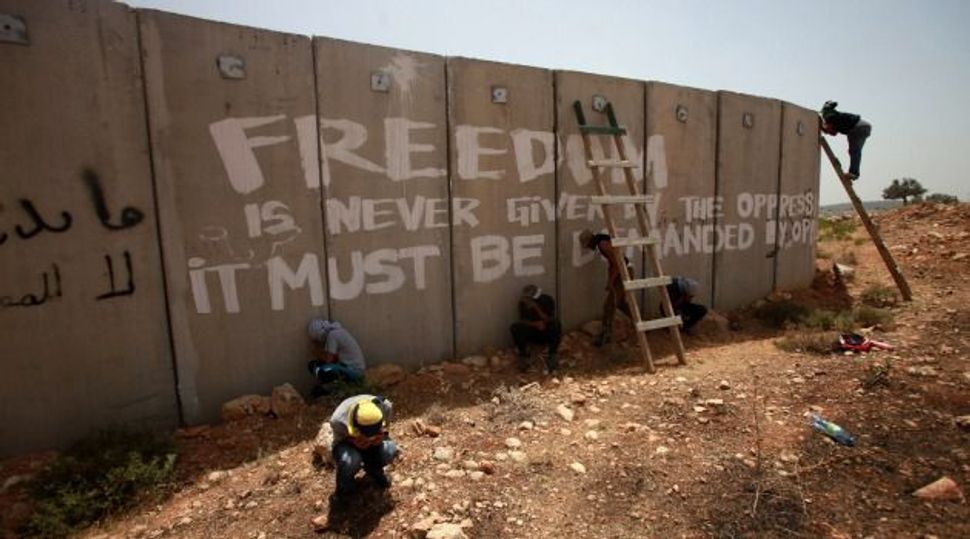 A German politician has backpedaled on remarks comparing Israel’s security fence to the Berlin Wall.

Uwe Kekeritz of the Green Party in remarks made several months ago had said the Berlin Wall, which communist East Germany built in 1961 to keep its citizens from fleeing to the democratic West Germany, “is just a toy” in comparison to the West Bank fence, which he saw on a trip to Israel last year. The remarks gained attention after they were posted last month on YouTube.

The German daily Bild reported last week that Kekeritz said he had only wanted to compare the dimensions of the walls.

“In no way did I intend to minimize the brutality of the Berlin Wall, the suffering of those who tried to cross, and the oppression of the citizens of East Germany,” he said. “It was not my intention to compare the democratic state of Israel with the GDR dictatorship.”

Kekeritz, 61, made his original remarks at the annual Protestant Church Day in June in Stuttgart under the title “Break the Silence in Politics.” Although criticism of Israel in Germany is commonplace, Kekeritz also complained about a so-called taboo against such criticism.

He said he had been invited to visit Jerusalem as an expert on development policy on a trip sponsored by the German NGOs Misereor and Bread for the World.

In describing the security barrier, Kekeritz said that he had seen it on television and read about it, but that “when you stand in front of a wall like that, you understand that the Berlin Wall was only a toy by comparison.”

Comparisons of the Berlin Wall and Israel’s security fence are not uncommon. In 2007, German Catholic leaders on a tour of Israel, the West Bank and Gaza caused a stir after Cardinal Joachim Meisner said that Israel’s West Bank security barrier was useless and one day would be torn down, like the former Berlin Wall.

Built to impede Palestinian terrorists from infiltrating Israel, the security fence has led to a drop in the number of attacks.