Is Israel Border Fence a Model for Europe Amid Migrant Crisis? 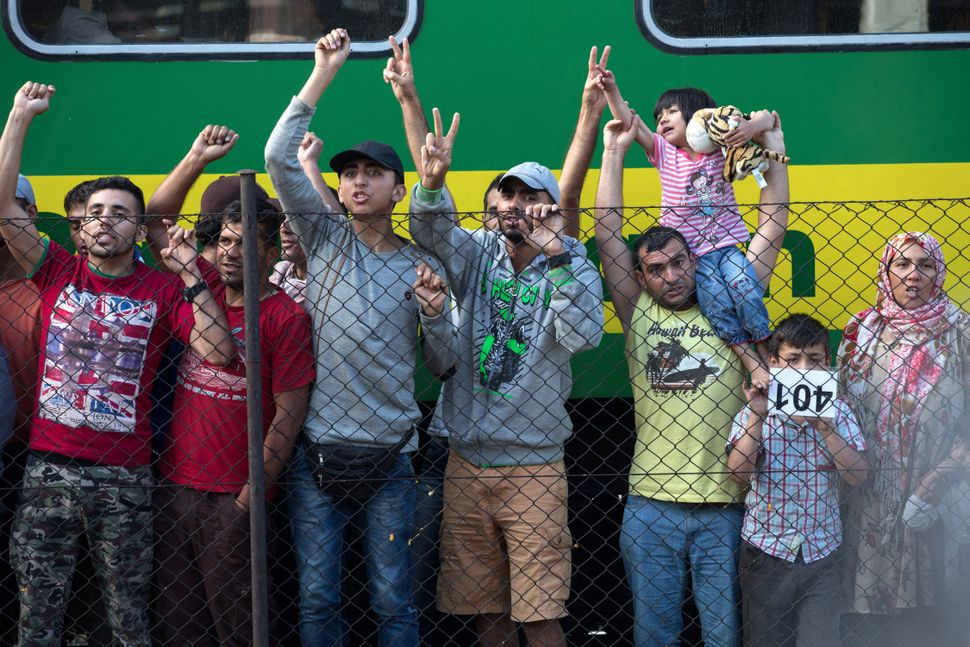 Hungary and Bulgaria are looking into Israeli-designed fences to keep out refugees from crossing their borders, Reuters reported.

Officials from both countries were exploring the possibility of erecting towering steel security fences along parts of their borders, similar to Israel’s barrier with Egypt, the news agency reported Thursday.

The report, which is based on an unnamed Israeli business source, comes amid an increase in the stream of illegal immigration into Europe, largely by people fleeing Syria and other zones of conflict in the Middle East. Some 340,000 have crossed over to the European Union in 2015.

Bulgarian and Hungarian officials indicated that such discussions about security fences were taking place.

“I presume that such is the case because the cooperation between the (Israeli and Bulgarian) ministries of internal affairs and security is quite intensive,” Rayko Pepelanov, Bulgaria’s deputy ambassador in Israel, told Reuters. “I cannot give you any details right now, but I think that we have taken from the Israeli experiences as much as we can.”

Hungary’s foreign affairs and trade ministry confirmed the existence of “ongoing Israeli-Hungarian negotiations on buying Israeli-designed border fences” but would not elaborate.

Both E.U. countries are beefing up their borders to deter migrants, many of whom are seeking to use them as gateways to richer countries further north and west, particularly Germany. But moves to throw up such barriers exasperate EU officials who say they would not help to solve the crisis.

In recent days, thousands have crossed the border into the European Union, sometimes reaching it by boat. Hundreds have died in maritime disasters and dozens choked to death while being transported across borders – tragedies that focused international attention on their plight.

The Anti-Defamation League on Thursday issued a call for action by the international community on behalf of the refugees.

“As Jews, we are particularly affected by the images of men, women and children forced to flee their homes to save themselves only to find they are unwanted anyplace else,” Jonathan A. Greenblatt, ADL national director, wrote in his statement.

Is Israel Border Fence a Model for Europe Amid Migrant Crisis?