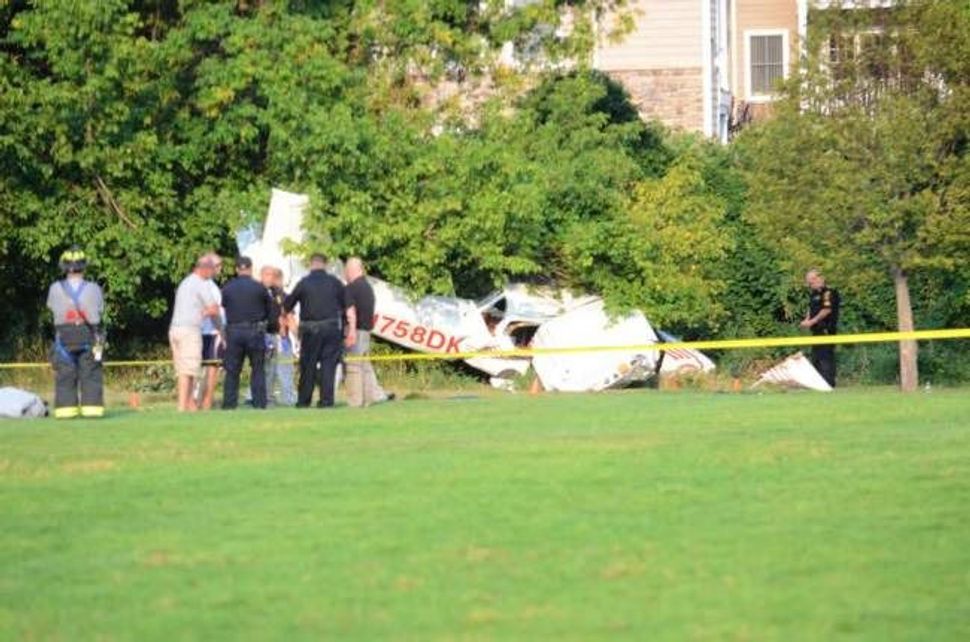 A Hasidic pilot for the Coast Guard crash-landed his Cessna airplane in New Jersey on Thursday after encountering engine trouble, bringing it down in a recreational field and sustaining serious injuries.

The pilot, Jack Rosenberg, was one of two pilots on the plane, which was doing routine patrols over the Hudson River when its engine apparently failed. Authorities hailed Rosenberg for avoiding injuries on the ground when he crashed in the soccer field in Bergen County.

“If you see where they landed on the very edge of the field, my opinion, they did a damn good job of averting a tragedy by getting over there,” an official told NBC.

Rosenberg, a Hasidic father of seven originally from Spring Valley, N.Y., is a member of the auxiliary Coast Guard.

He made headlines in 2006 when he petitioned the Coast Guard to make an exception to rules barring the wearing of visible non-military headgear so that he could wear his yarmulke during his volunteer work for the Coast Guard. New York State Assemblyman Dov Hikind took up Rosenberg’s cause, then-Sen. John Kerry wrote a letter on Rosenberg’s behalf and the Coast Guard eventually was persuaded to accommodate Rosenberg’s skullcap.

After Thursday’s crash, Hikind hailed Rosenberg for avoiding injuries on the ground.

“This is our hero, the new Sully Sullenberger,” Hikind said in a statement, referring to the U.S. Airways pilot who landed his failing plane in the Hudson River in January 2009, averting a major tragedy. “What happened last night was nothing short of miraculous and is a testament to the skill and dedication of Rosenberg and his co-pilot.”

Rosenberg broke both legs and was in surgery for over nine hours, according to Hikind. The other pilot, who also was injured, was not identified.