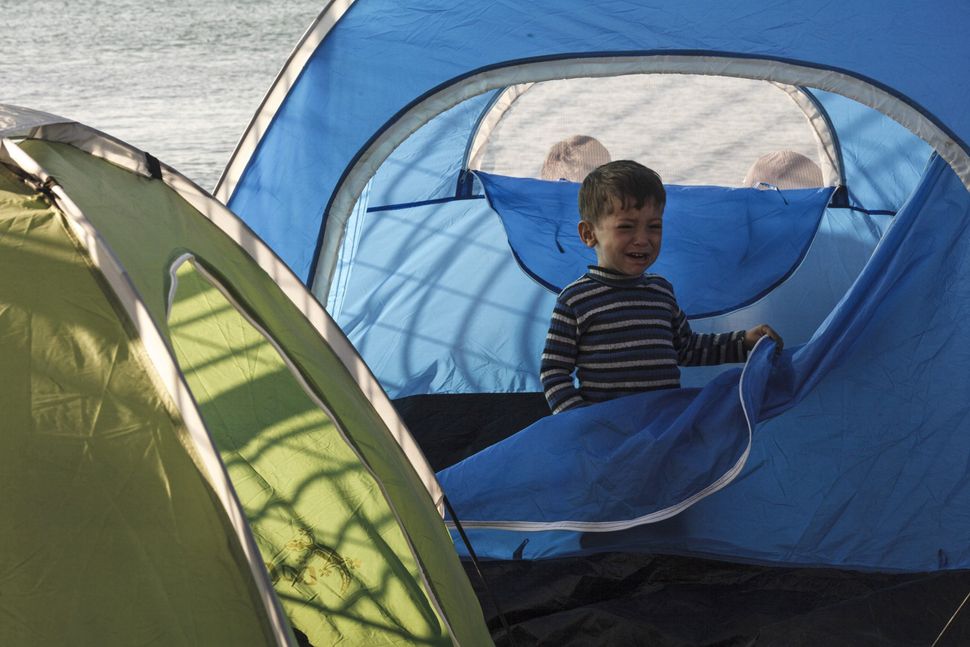 Israel is “not indifferent to the human tragedy” of refugees from Syria and Africa, Benjamin Netanyahu said, but it is too small to absorb mass numbers of them.

“We have already devotedly cared for approximately 1,000 wounded people from the fighting in Syria and we have helped them to rehabilitate their lives,” the Israeli prime minister said Sunday at the start of the weekly Cabinet meeting.

“But, Israel is a small country, a very small country, that lacks demographic and geographic depth; therefore, we must control our borders, against both illegal migrants and terrorism,” Netanyahu said.

His statement came as Israeli lawmakers debated how to respond to the regional refugee crisis.

On Saturday, opposition leader Isaac Herzog called for Israel to take in refugees. “Our people has experienced first-hand the silence of the world and cannot be indifferent in the face of the murder and massacre raging in Syria,” he said in Saturday’s Facebook post.

He reiterated the message in a second Facebook post after the Cabinet meeting and was supported by Zehava Gal-On, the head of the left-wing Merez party.

Other lawmakers lined up on both sides of the issue, including Yair Lapid of the centrist Yesh Atid Party, who said that allowing Palestinian refugees from Syria in to Israel could legitimize the Palestinians’ claim of a right of return.