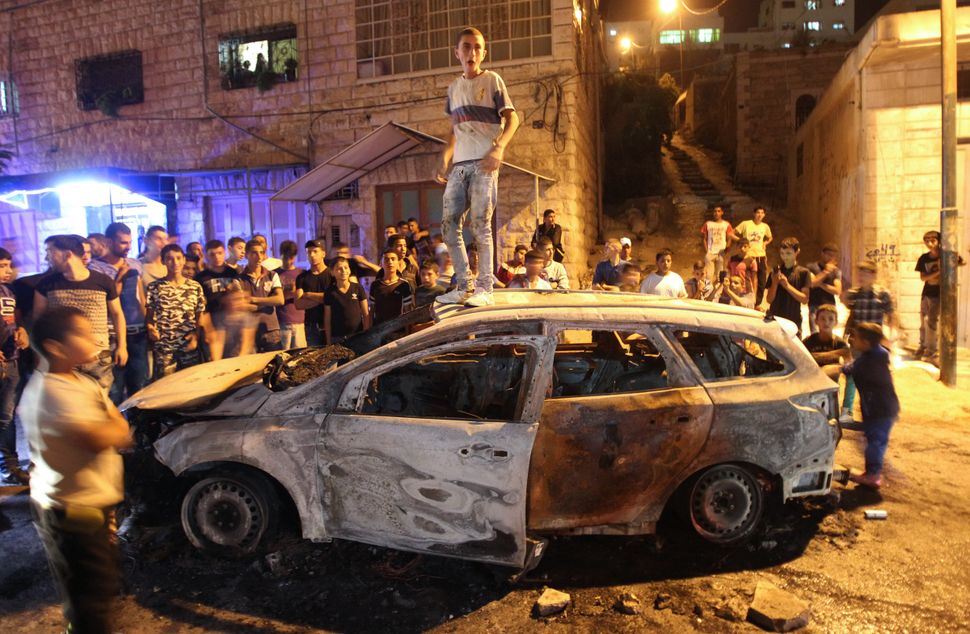 The Palestinian resident of Hebron who sheltered five American yeshiva students from fire bomb attacks in Hebron said he has been receiving death threats since the incident.

Faiz Abu Hamdiah, who on Thursday took five American yeshiva students into his home to prevent their lynching after they drove into a Palestinian neighborhood of Hebron, told Israel’s Channel 2 in an interview broadcast Sunday night that threats have included arson and beheading.

He said he keeps a machete by the door, the same one he was prepared to use to protect the students.

He reiterated that he is not a hero.

“I’m not a hero; this is what every person should have done. I did it because I’m a human being. With all my heart, I’m a man of peace,” he said. “This is my worldview. Either you are human, or you don’t do it and then you aren’t human.”

The five Jewish students made a wrong turn on their way to Hebron’s Cave of Patriarchs, which is under Israeli control, when their car came under attack on the street in Hebron’s Jabel Juhar neighborhood. Unidentified individuals hurled stones, rocks and fire bombs at their car, which was consumed by flames.

Recognizing a threat to their lives, Abu Hamdiah took the students into his home, gave them water, assured them they were safe and called police to request their extraction. Troops arrived 40 minutes later in a hastily-organized operation.

Two of the tourists sustained minor injuries during the attacks.