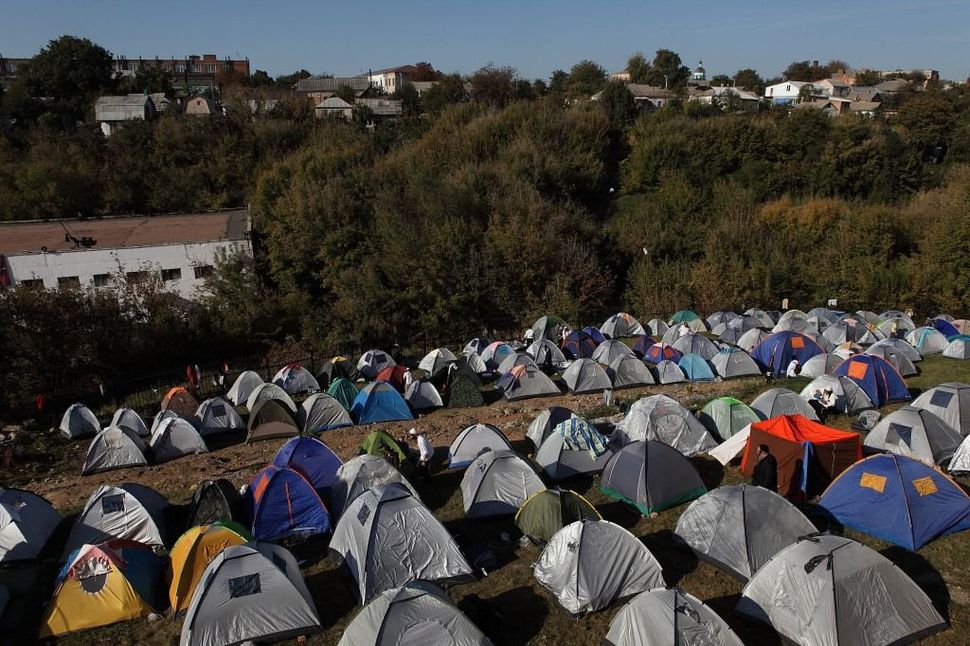 “On Shabbat, when they knew we wouldn’t be able to respond or activate the communication device, they simply knocked down the fence, pushed the light poles and security cameras and caused damage estimated at half a million dollars,” Eliezer Kirshboim, chairman and director of the Jewish association in Uman, told the Israeli daily Yediot Acharonot. “We are approaching the High Holidays, and this disrupts all our work arrangements.”

Police officers did not intervene to stop the attacks, the newspaper reported, citing witnesses.

Since the fall of communism, Uman has seen the arrival of thousands of pilgrims on the Jewish New Year who come to visit the grave site of the Breslover movement’s founder, Rabbi Nachman.

The pilgrimage has created frequent friction between the predominantly Israeli new arrivals and locals, many of whom resent the cordoning off by police of neighborhoods for the pilgrims.

Kirshboim said the current mayor of Uman was “appointed” by members of the nationalist Svoboda party following the revolution in Ukraine. “There is crazy state of anarchy here,” he said.

The right-wing activists were seeking to harass the Hasids in order to gain political points among the local public, Kirshboim asserted. “Whoever harasses the Hasidim more has a better chance of winning the elections in October,” he said.