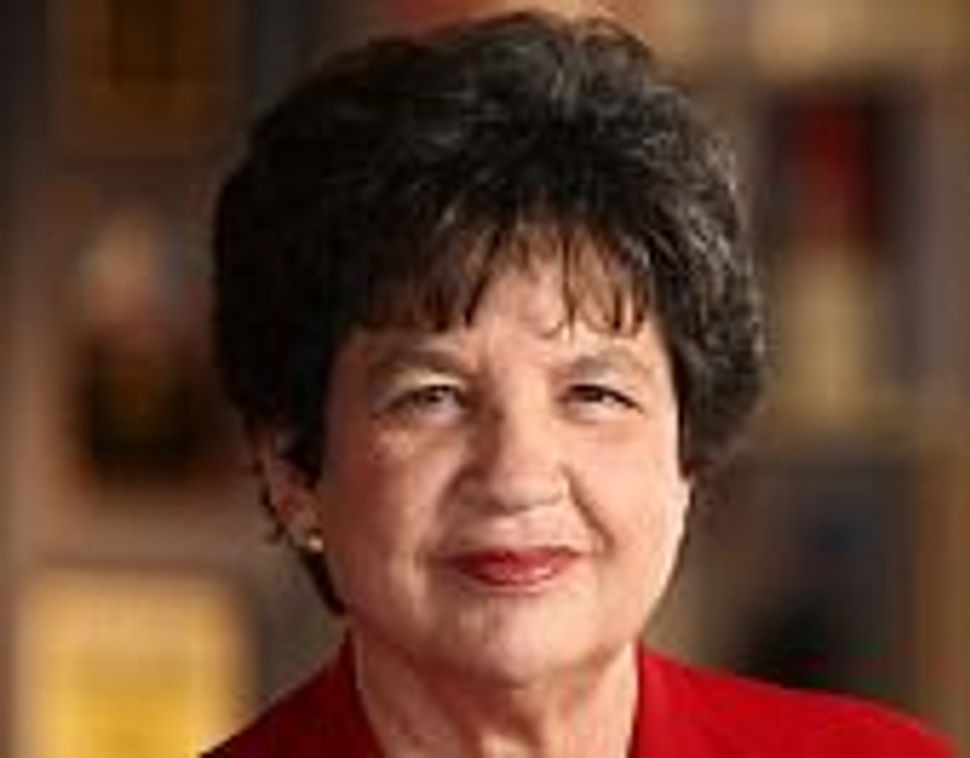 Rep. Lois Frankel, a Jewish congresswoman from South Florida, came out against the Iran nuclear deal.

Frankel, a Democrat whose district includes West Palm Beach, said in a statement that the sanctions relief for nuclear restrictions deal reached in July between Iran and six major powers “legitimizes Iran’s nuclear program after 15 years and gives Iran access to billions of dollars without a commitment to cease its terrorist activity.”

Most if not all Republicans oppose the deal, which Congress has until Sept. 17 to accept or reject, so the battleground is among Democrats, with a particular focus on Jewish Democrats.

Frankel’s opposition brings to nine the number of Jews in Congress who oppose the deal. Fifteen back the agreement and four are undeclared.

Among Jewish Democrats in the Florida caucus, Rep. Debbie Wasserman Schultz, who is also the chairwoman of the Democratic National Committee, backs the deal, and Alan Grayson, a Senate candidate, is undeclared, although he is believed to be leaning against.

The White House has garnered more than the one third of the Senate required to rebuff an attempt to override the veto that President Barack Obama has pledged to use against any legislation that would kill the deal.

Still, support or backing for the deal among Jewish lawmakers carries heavy symbolic weight. Martin Karp, a member of the Miami-Dade School Board, told Politico that he was considering a primary challenge to Wasserman Schultz, saying he had the support of donors close to the American Israel Public Affairs Committee, which has been leading opposition to the deal.

The New York Observer, meanwhile, reported that Sen. Cory Booker, D-N.J., who is close to his state’s pro-Israel and Jewish communities, has convened a meeting to take place Tuesday between Jewish leaders and Adam Szubin, the U.S. Treasury undersecretary responsible for enforcing sanctions. Booker last week said he backs the deal.