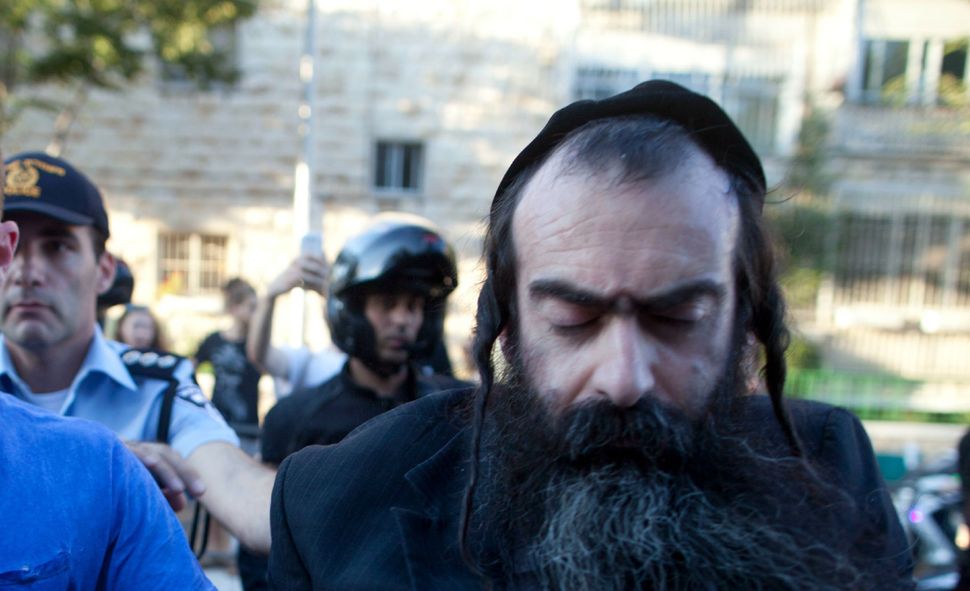 The haredi Orthodox man who stabbed six marchers at the Jerusalem gay pride parade, leaving a 16-year-old girl dead, was charged with murder.

Yishai Schlissel, 39, was charged Monday in Jerusalem District Court on one count of premeditated murder in the death of Shira Banki along with six counts of attempted murder and aggravated assault.

“God, the creator of the world, did not give you authority to judge me, and so I am not interested in asking questions or responding to them,” he told the court, according to The Jerusalem Post.

Schlissel has eschewed legal counsel, saying the court does not recognize Jewish law, and has not cooperated with the investigation. The court ordered the public defender to continue to represent Schlissel during court proceedings, however.

Schlissel had been released from prison three weeks before this year’s parade after serving 10 years for a similar attack at the Jerusalem gay pride parade in 2005.