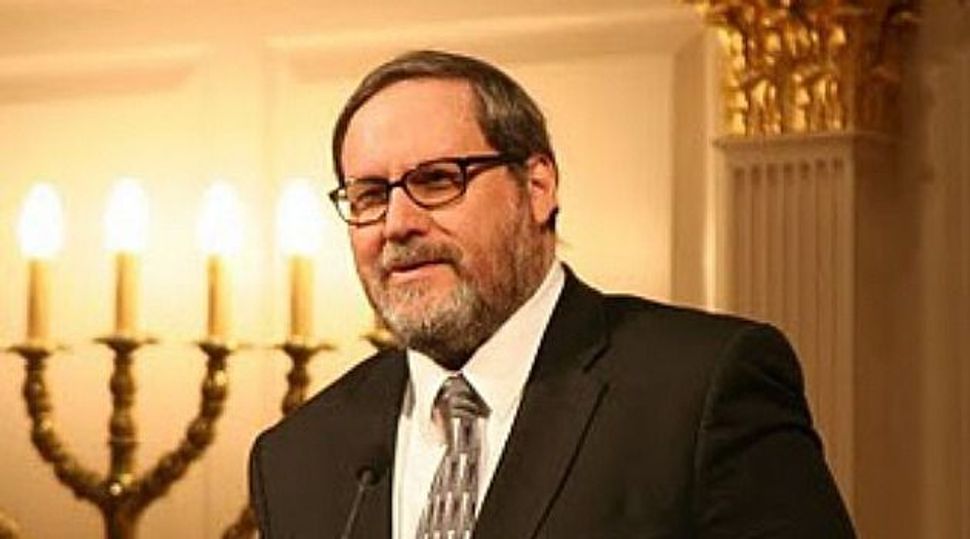 Barry Freundel, the disgraced Orthodox rabbi who went to jail for installing secret cameras in the mikvah ritual bath adjacent to his Washington synagogue, has issued a public apology.

“No matter how many times I attempt to apologize, it will never be enough,” Freundel wrote in his Sept. 8 letter of apology, which was posted Wednesday on the website of the Washington Jewish Week. “I am sorry, beyond measure, for my heinous behavior and the perverse mindset that provoked my actions.”

Freundel was arrested on charges of voyeurism on October 14, 2014 after members of his synagogue board alerted authorities to suspicions that he was secretly recording women undressing in the shower room of the mikvah adjacent to Kesher Israel, the prominent synagogue he led for some 25 years.

Investigators found that Freundel had filmed 52 women while they were completely naked between March 4, 2012 and Sept. 19, 2014. In addition, Freundel recorded another 100 women since April 2009, but they were not part of the criminal complaint due to the statute of limitations.

In February, Freundel pleaded guilty to 52 counts of misdemeanor voyeurism and was sentenced on May 15 to about 6-and-1/2 years in prison.

“On May 15th, as I sat in the courtroom listening the victim impact statements, each felt like a blade entering my gut. The speakers expressed their feelings of rage, hurt, humiliation, vulnerability and violation. How could I have been so incredibly blind, so unaware of my impact on others? I ask myself that question every day,” Freundel wrote in his apology letter. “I became a rabbi precisely because I wanted to help people, as well as being drawn to the depth and the scholarship of Judaism, and I have tainted that miserably.”

Freundel wrote that he would have preferred to apologize individually to each of his victims, but he recognized that doing so would cause further harm to some of them and that the contact would be unwelcome. Therefore, he wrote, he decided a public apology was the only solution.

“I am aware that my actions have had very negative repercussions not only in the D.C. area, but throughout the Jewish world,” he wrote. “In particular, I would ask for forgiveness from other rabbanim [rabbis] and Orthodox scholars, who may have had to fight harder than normal to uphold halakhic [Jewish legal] standards of observance in the face of criticism.”

Freundel concludes, “There is no excuse for what I’ve done. Again, I’m truly sorry.”

The letter comes just days before the High Holidays, when it’s customary for Jews to repent for their sins and seek the forgiveness of others they have harmed.