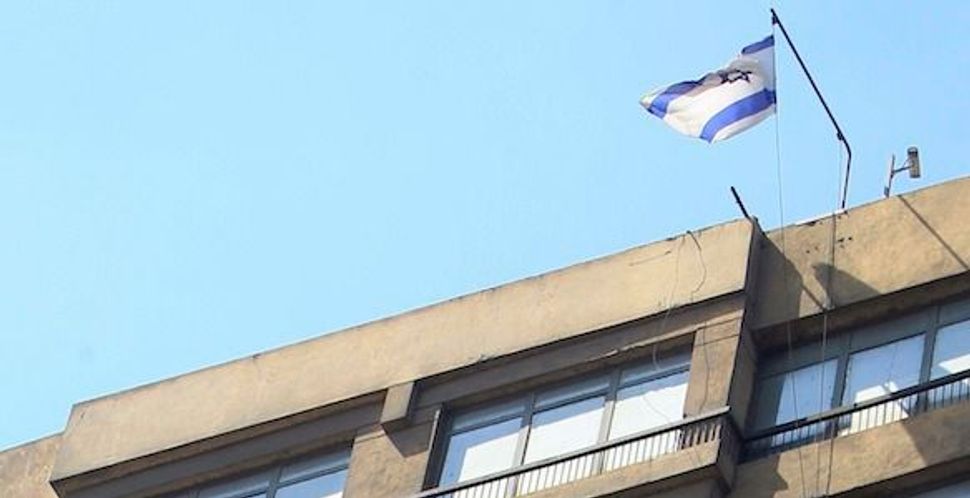 Israel has opened its new Cairo embassy inside its ambassador’s residence, saying on Thursday that holdups in finding separate premises as is customary had encumbered an already challenging relationship with Egypt.

Egypt was the first of a handful of Arab countries to recognize Israel, with a U.S.-sponsored 1979 peace accord but Egyptian attitudes to their neighbor have often been hostile.

Israel’s previous embassy, in the upper stories of a sooty apartment bloc on the Nile corniche dwarfed by business towers and luxury hotels, was ransacked in 2011 by a mob incensed at the cross-fire killing of five Egyptian border guards by the Israeli army as it repelled a raid by Sinai Islamist insurgents.

Since then, Israeli diplomats had worked out of the ambassador’s villa in Cairo’s leafy, heavily policed Maadi district, riding out political upheavals that saw the rise and fall of the Muslim Brotherhood followed by the current pro-Western administration of President Abdel Fattah al-Sisi.

The inauguration of the embassy on Wednesday went unreported by Egyptian media. Israel announced it in a statement that did not specify the mission’s location. The Israeli delegate who officiated, Foreign Ministry Director-General Dore Gold, outranked the sole Egyptian representative.

“We made a decision to move forward – that it would not be worthwhile delaying this with more discussions about the premises,” Gold told Israel Radio on Thursday.

He praised Sisi’s administration as an Israeli partner in “working for Middle East stability and prosperity” and suggested more Egyptian officials might have come to the opening were it not for a coincidental visit to Cairo by Palestinian President Mahmoud Abbas.

Months of scouting for a separate embassy building had been snagged by wrangling over leases and security arrangements, Israeli and Egyptian diplomats said. They described the new location in Ambassador Haim Koren’s residence as temporary.

Like his 10 predecessors, Koren has at times had to weather a cold shoulder from his Egyptian hosts. He was not among foreign envoys invited to Sisi’s splashy inauguration last month of an extension to the Suez Canal.

Koren said having his home double as the embassy would help his staff’s diplomatic duties without impeding his movements.

“We are happy to move into a fixed position after a period of quite some difficulty and unacceptable conditions,” he told Israel’s Army Radio. “I can go to all kinds of places and meet people as usual – with the requisite preparations, of course.”

Few Egyptians visit Israel, so the Cairo embassy’s visa workload is light. Its diplomats often focusg on cultural and agricultural initiatives. National security coordination between the countries is handled directly by military delegates.

Egypt withdrew its ambassador from Israel in protest at the 2012 Gaza war, but in June announced it would send in a new envoy. He is expected to arrive early next month, according to the Israeli Foreign Ministry.