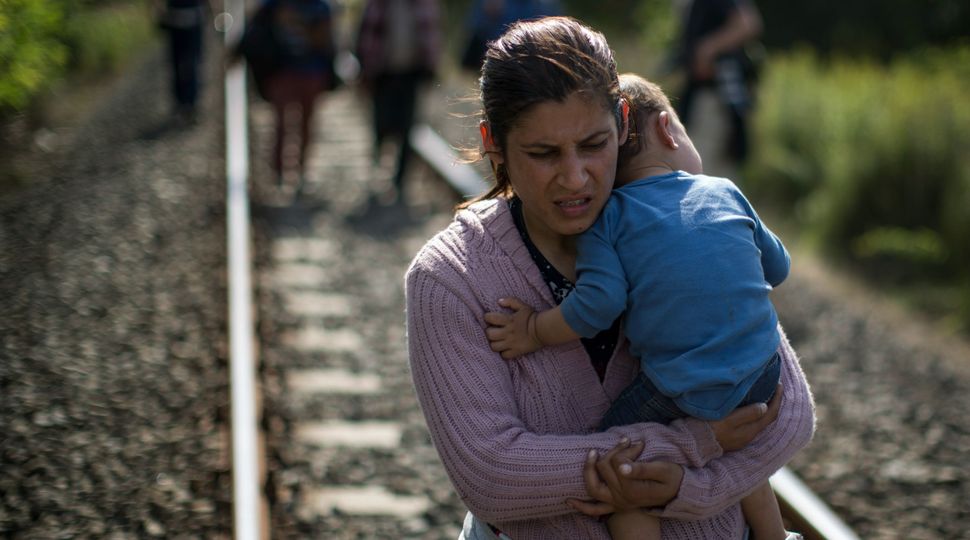 The declaration, initiated by French Chief Rabbi Haim Korsia and published Thursday, states each of the six co-signatory groups will “act to accompany the refugees, each according to its competences and abilities and with its traditional partners,” but “especially in administrative and medical matters.”

In recent weeks, tens of thousands of migrants, including refugees, have entered the European Union, where a strong public reaction developed to the publication of images of the migrants’ plight and the loss of life among refugees who drowned or suffocated while trying to make it across the border.

Many are refugees from the civil war in Syria. Others come from failed or impoverished countries in the Middle East and Africa.

The signatories to Korsia’s declaration — including the Fonds Social Juif Unifie, which has an annual budget of roughly $10 million and the Union of Jewish Students of France, or UEJF — wrote that their initiative was “guided by the notion of tikkun olam – repairing the world – in Jewish philosophy and out of awareness of a moral struggle occurring in a society too characterized, at times, by individualism.”

CRIF, the umbrella group of French Jewish communities, did not sign Korsia’s declaration but has none the less given it its blessing, according to Korsia’s office.

The coalition of organizations will soon begin collecting and distributing clothes for young children among the migrants, read the statement, which also praised France’s decision to take in 24,000 refugees.

In neighboring Belgium, the left-leaning CCLJ Jewish cultural group last month also called on European governments to act “generously,” but warned against a possible increase in anti-Semitic violence because of the arrival of migrants from the Middle East, who today across Western Europe are believed to be behind most anti-Semitic violence.

The Central Jewish Organization of Dutch Jews made a similar statement.