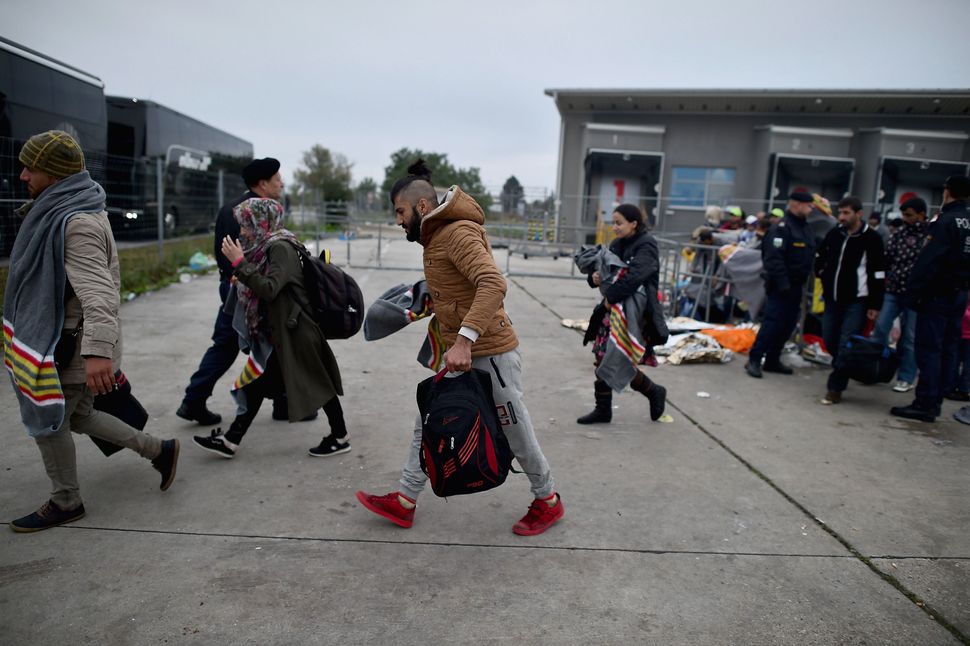 A leading U.S. Congressional opponent to allowing Syrian refugees into the United States said that Middle Eastern nations have “more room” to take in the huge wave of people fleeing their war-torn homeland.

The United States faces significant security risks by agreeing to accept 10,000 Syrian refugees, which the Obama administration said it would do last week, said Rep. Peter King, a Republican from suburban New York.

“I’m very concerned we’re going to let terrorists into the country,” King said in an interview on Monday with the Thomson Reuters Foundation. “It is virtually impossible to vet who’s coming in from Syria.”

Instead, pressure should be put on Middle Eastern to open their gates to the refugee influx, he said.

“There’s far more room in Saudi Arabia or really in almost any of those countries,” said King, who chairs the Committee on Homeland Security’s Subcommittee on Counterterrorism and Intelligence in the U.S. House of Representatives.

Gulf countries have come under criticism for not taking in refugees since the Syrian crisis broke out four years ago.

Gulf states say they have taken in Syrians, but not as refugees.

The Saudi Press Agency cited an official source in the foreign ministry last week saying that the kingdom had received nearly 2.5 million Syrians since the conflict erupted but did not deal with them as refugees.

King noted Jordan was an exception in the Middle East, having taken in hundreds of thousands of Syrian refugees.

U.S. President Barack Obama directed the administration to take in at least 10,000 Syrian refugees over the next year, the White House said last week.

White House spokesman Josh Earnest said national security was a top concern for admitting the refugees from a nation rife with anti-American militants.

He said intensive security screening could take up to 18 months.

“The president will not sign off on a process that cuts corners when it comes to the basic safety and security of the American people and the U.S. homeland,” Earnest told reporters.

Some advocates say the United States did not go far enough, noting Germany has said it is preparing for 800,000 refugees this year.