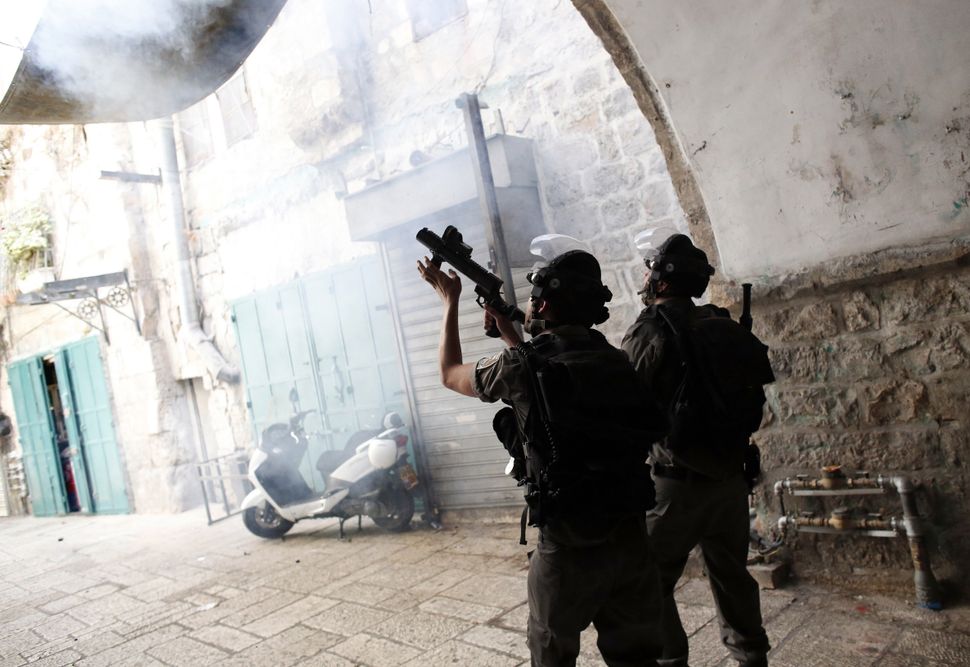 Israel will “use all necessary measures to fight against those who throw stones, firebombs, pipe bombs and fireworks in order to attack civilians and police,” Prime Minister Benjamin Netanyahu said.

Netanyahu held a meeting Tuesday night to discuss the security situation in and around Jerusalem, in particular a wave of attacks by Palestinians on Jewish targets using stones, firebombs, pipe bombs and fireworks.

The meeting was held after three days of violence on the Temple Mount, and the death of an Israeli civilian, Alexander Levlovitch, 64, who lost control of his car after being pelted with rocks near the Palestinian neighborhood of Sur Baher in eastern Jerusalem on Sunday night on the way home from a Rosh Hashanah eve dinner. The car then hit a pole and landed in a ditch. Levlovitch died of his injuries and two passengers were lightly wounded in the crash.

New measures discussed at the meeting on Tuesday night include changing the protocol for open-fire orders on rock throwers, establishing a minimum sentence for rock throwers, and levying a heavy fine on minor rock throwers and their families.

“We will lead systemic changes and will set a new standard of deterrence and prevention,” Netanyahu also said.

The possibility of imposing administrative detention on rock throwers, previously suggested by the prime minister, was not discussed, Ynet reported.

Participants in the meeting included the ministers of defense, public security, justice, and Jerusalem; the mayor of Jerusalem; the head of the Shin Bet security service; and the director-general of the foreign ministry.