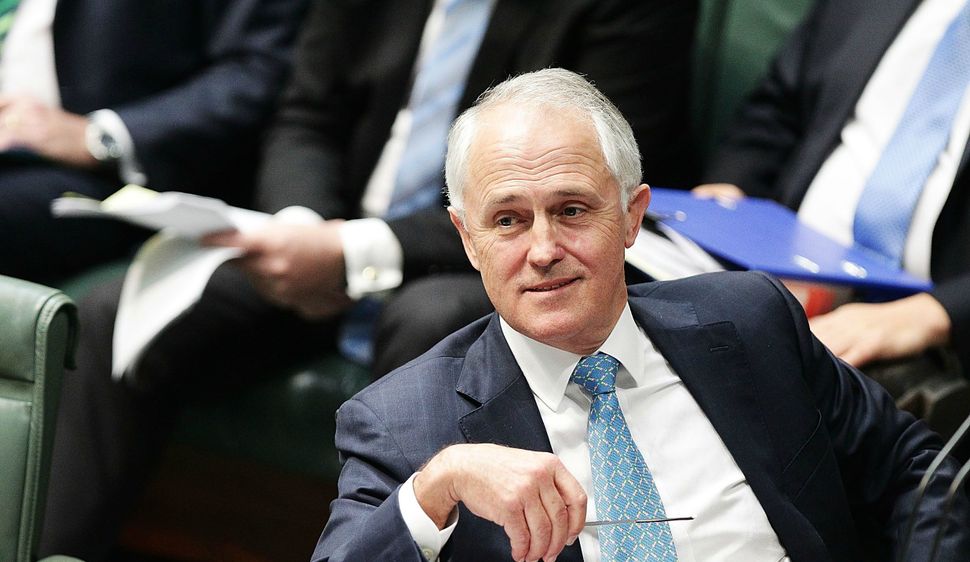 Malcolm Turnbull, a multimillionaire who reportedly has Jewish roots, was sworn in as Australia’s new prime minister.

Turnbull became the country’s new leader on Tuesday, defeating Tony Abbott in a Labor Party leadership ballot on Monday. The pro-Israel Abbott resigned after the vote.

Turnbull spoke about his Jewish roots in a 2013 interview with the Australian Jewish News that had excerpts reprinted this week in the newspaper.

“My mother always used to say that her mother’s family was Jewish,” he said.

“There is no doubt that the strong traditions of family and the whole heimishe atmosphere of the Jewish community, which I’m sure some people don’t like, for me – as someone who is a good friend, but not part of it – I find very admirable.”

Turnbull has called for increased ties with Israel.

“We need to collaborate more with Israel, particularly on matters of science and technology. The more we can do with Israel, the better,” he said last month at the Zionist Federation of Australia’s 2015 plenary.