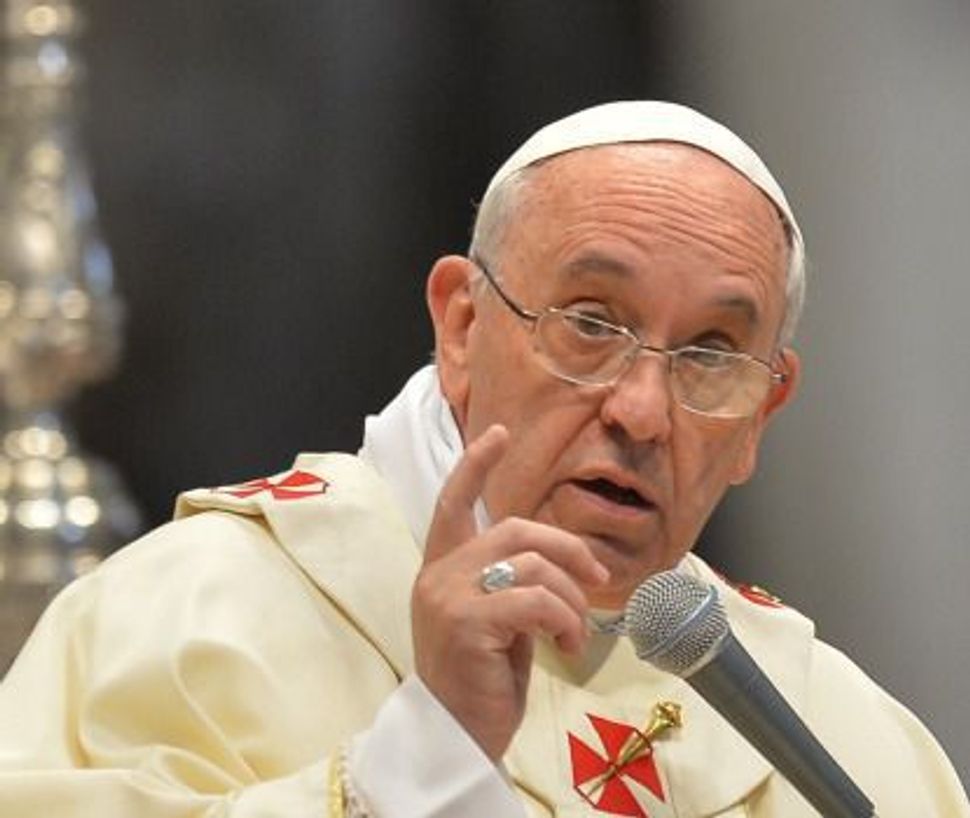 Pope Francis’ visit to the White House will coincide with Yom Kippur, meaning that no rabbis likely will be in attendance at the arrival ceremony.

More than 10,000 guests are expected at the ceremony, the Washington Post reported, adding that D.C.-area Jews on their way to synagogue will face traffic jams.

“The Holy Father has a very complicated schedule for this trip, so we worked with that schedule as best we could,” Melissa Rogers, executive director of the White House Office of Faith-Based and Neighborhood Partnerships, told reporters last week in a preview of the visit. “Other parts of the Washington, D.C., visit won’t overlap with Yom Kippur. And there are also going to be opportunities for people of different faiths to participate in events in the New York and Philadelphia legs of the pope’s visit.”

The pope’s schedule was driven in part by the Conference on the Family in Philadelphia and the U.N. session on the Sustainable Development Goals, which both fall around Yom Kippur, Ben Rhodes, deputy national security adviser for Strategic Communications, said during the briefing.

“But I think the Vatican was very accommodating, and we were very focused on ensuring that the American Jewish community would be able to participate in important interfaith efforts to be a part of this visit of the pope,” Rhodes said.

Francis and President Barack Obama are scheduled to have a one-on-one meeting at the White House on Wednesday, and the pope will address a joint session of Congress the following day.